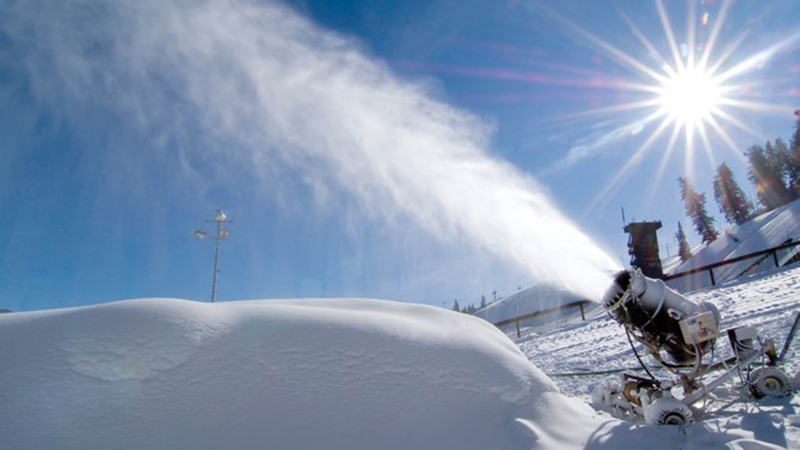 It will snow this Christmas in Brewton.

That was the announcement made at Monday’s city council meeting as plans were revealed to bring the holiday season to life at Dogwood Hills, complete with snow shows, a light extravaganza and more.

Mayor Yank Lovelace said a new animated Christmas tree, decorations and lights have been purchased for the holiday walking trail at the former golf course.

Monday, the council voted to purchase four snow machines from the Andalusia-based Jubilee Décor for $17,206.

“This is going to be a huge Christmas event,” Lovelace said. “Other communities have worked to draw in holiday crowds, and we hope to do the same. I think people will be thrilled to have something like this to visit.”

Lovelace said the lighted exhibit will allow visitors to stroll through a Nutcracker-themed light display during December.

“While we don’t have the exact schedule and all the particulars worked out, I can say there is going to be some great times had there,” he said. “What we’d love to do is do a sled down where the No. 1 hole used to be. How fun would that be?

“There is going to be a lot going on out there,” he said of the site during the event. “Maybe we can even add to it next year.”

Earlier this year, Southern Living magazine voted neighboring Andalusia as its top “Best Small Towns for Christmas” for its “Christmas in Candyland” event. Officials said the activity drew more than 30,000 to the community, helping to boost its retail trade and economy.

Local officials hope Brewton’s “Nutcracker” event will do the same.

• approved a $331,000 engineering agreement with Goodwyn, Mills & Caywood for the Brewton Technology Park;

• designated Oct. 17 as dyslexia awareness day in Brewton; and,

• recognized the 100th anniversary of the Brewton Civic Club.

• approved a three-year contract with RDS for tax audit and collection services; and,

• accepted a donation of a three-arm courtyard light from the Bank of Brewton.