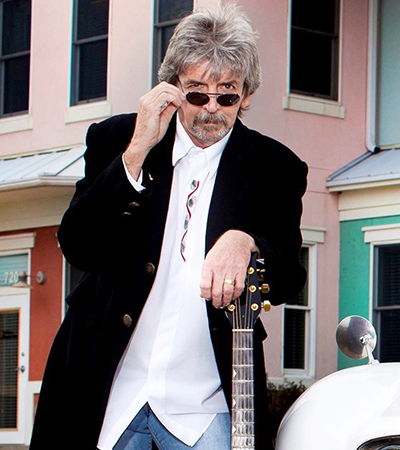 Ricky Lee Phelps of the Kentucy HeadHunters is set to perform Saturday in Brewton. Courtesy photo

Fall is in the air, and there’s no better time to enjoy an evening of music under the stars than this Saturday as the LaRare Harvest Festival gets underway.

Hosted at the event venue on Hwy. 41 just before the Alabama/Florida state line, the afternoon will consist of a classic car cruise in from 3-6 p.m., live music at 6 p.m.

“Plus, there’s going to be great food, arts and crafts and a ton of kids’ activities,” said owner Dana Bratten.

The day’s musical guests will be famed singer Ricky Lee Phelps of the Kentucky HeadHunters (accompanied by Dennis Grossman) and the Martin Family Circus.

“I am just thrilled that these guests are making their way to Brewton,” Bratten said. “Their music is a great way to relax and enjoy the day.”

Phelps, who was raised as a “son of a preacher man” in a family full of musicians, realized his passion for music at an early age singing at his daddy’s backwoods church services. Through the years his musical interests grew in various directions, finally leading him, along with his brother Doug, to Music City-Nashville. The brothers hooked up with some boys from Kentucky and soon thereafter The Kentucky HeadHunters were born.

The six-year ride with the ‘Heads’ produced two multi-platinum albums, a Grammy, an American Music Award, four CMA Awards, one ACM Award and two Billboard Awards. These days, he calls Gulf Breeze, Fla., “home” and serves as pastor of Word and Grace Ministries of Northwest Florida.

“Jamie’s father is Duane Allen of the Oak Ridge Boys, and Paul is the former lead singer/guitarist for the country/pop group Exile, as well as ‘Apostle Paul’ from Marty Stuart & His Fabulous Superlatives,” Bratten said. “I feel so honored and proud to be able have them, and (Phelps), here in Brewton. It’s going to be a great evening of music under the stars.”

Craft vendors spots are also available for $30. Those interested should contact Bratten at brattendana7@gmail.com or by phone at 850.723.8582.

Admission to the event is $5. Children 10 and under are admitted for free. Concessions will be available.