Area tourney next for Tigers 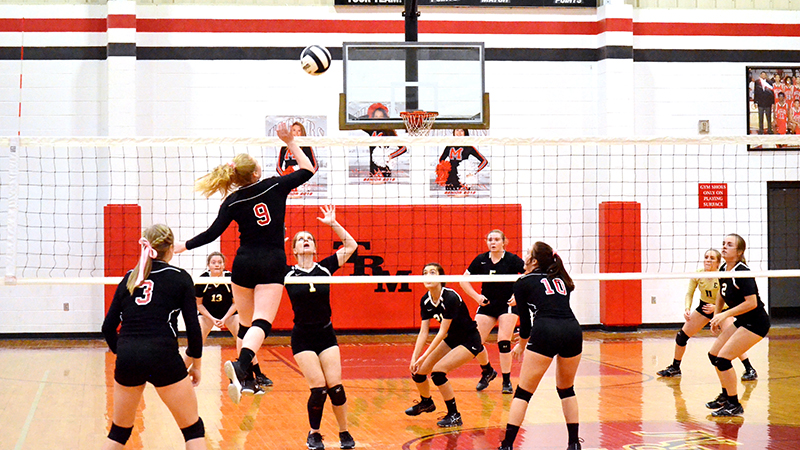 Addi Smith lays down a kill versus Excel. Travis Tessandori | The Brewton Standard

T.R. Miller volleyball closed out its regular season with a victory last week on its senior night against Excel. The seniors that were represented prior to the game were Mary Madison Brown, Steely Ruzic and Myra Reiss. The team topped off a good night with a win in three sets, 25-9, 25-23, 25-13.

Head coach Terri Lynn Thompson was pleased with how the night went.

“We had a fun night celebrating our seniors with a win,” Thompson said. “They have done a fantastic job leading our team this season.”

Steely Ruzic put on a show on a night celebrating her, recording 13 kills on the night. Mary Madison Brown also had a great night with five kills and two blocks. Myra Reiss was 100 percent from the service line on 21 serves, and chipped in 19 assists and five kills.

TRM finished the season 20-4, which was good enough to earn them a host spot for the area tournament. The tournament was held yesterday, where the Tigers welcomed Hillcrest, Excel and Flomaton in a single elimination bracket style.