Gravesite memorial services will be held for W.C. Chavers and Tommy Chavers on Oct 28 at Green Acres Memorial Park, 4858 Old US Hwy. 31, Brewton. 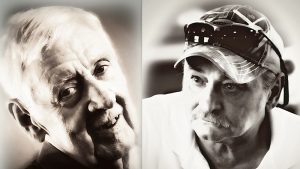 Services will begin at 10 a.m. Please join our family in celebrating their lives. Should you have any questions you may reach the family at 318.780.1749.

She was born in Canoe and was a former resident of Flomaton.

She had worked as a certified nursing assistant with Oxford Home Health.  Heller was of the Holiness faith and attended New Life Church and was preceded in death by her parents, J.D. and Faye Bartlett Harrelson.

Flowers are being accepted, but it was Diane’s wishes that any money for flowers be used to help someone with cancer.

John Watts (born John Watson) was born to the late Eugene and Ethel Richardson-Watson on Dec. 11, 1940, in Vredenburgh, Ala. 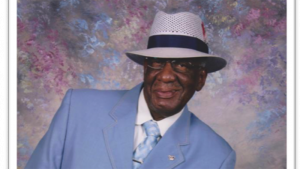 He was reared in a Lutheran Church but later joined Douglass Tabernacle in Huntsville, after being transferred there with the Chrysler Corporation.

In 2005, he joined Deliverance Outreach Worship Center (Huntsville, Ala.) under the leadership of Apostle Aaron Jones.

Upon moving to Brewton in 2013, he joined Pathway To Life under the leadership of Pastor Martha Bonam. He was ordained a deacon in November 2014, where he remained devoted and dedicated until his health failed.

He was joined in holy matrimony to Susan Straughter, to that union one son was born, Kelly Jon Watts. He later wed Olivia Smith-Watts and then Geneva Matthews-Watts.

She set up temporary residence to be close to her doctor, Umasankar Ramadoss with Missouri Cancer Associates in Columbia.

Woosley was born March 20, She was born in Lewisville, Ark. 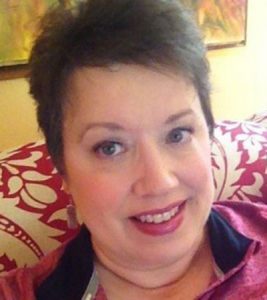 She, her father, mother and brother moved to Brewton, where she spent the remainder of her childhood and always called Brewton home.

She was preceeded in death by her father, Martin C. Woosley, Jr., and her mother, Betty G. Woosley. Woosley is survived by her husband William Barrow of Harrison, Tenn., her daughter Christable Rae Barrow of Columbia, Mo., her stepdaughter, April Barrow Brooks of Goode, Va., stepson, Shane Barrow (Trisha) of Brewton, and five step-grandchildren.

She is also survived by many nephews and nieces scattered over Alabama, Florida, Louisiana, Tennessee, Michigan, Texas, and Kuwait who were all loved by her.

She was a graduate of T.R. Miller High School in Brewton and a 1983 graduate of Auburn University.

She was a homemaker and made extended travels with her husband, Bill. Her biggest enjoyment was the transporting of dogs for rescue.

A private memorial service will be held at a later date.

She requested that in lieu of flowers, a contribution be made to a dog shelter of your choice. The family suggests a contribution in Woosley’s hometown of Brewton pawscrossedrescue@yahoo.com.

He was a native of Conecuh County and a long time resident of Escambia County.

As a young adult, he joined the Army, making a career of it. Upon retirement, he served as a police officer in several locations in south Alabama.

He had a love for life and the outdoors, especially hunting and fishing. He was an active member of the Brooklyn Baptist Church. He provided for and loved his family.

He was preceded in death by his parents, Charles and Kathryn Sales Frazier and grandon, Larry Joseph (Joey) Frazier.

In lieu of flowers, please make donations to the St. Jude’s Hospital.

She was a native of Pollard and a life long resident of Flomaton.

She was a member of the Abundant Life Assembly of God Church, a 1959 graduate of Flomaton High School, a former employee of South Central Bell/AT&T, and owner of Elaines Furniture/Antiques.

She was preceded in death by her husband, Robert Lambeth, and sister, Barbara Comalander.

Bush was born in Pensacola, Fla., and was a former resident of Brewton before going to Fairhope. She was a homemaker and of the Pentecostal faith.

Please share your memories and condolences with the family at flomatonfh.com.

She was preceded in death by her grandmother, Kitty Daw; grandparents, Glenn and Vernon Holley; and aunt, Barbara Gray.

After a brief illness, Mattie May Benjamin-Mobley gracefully exited this life for her eternal life on Tues., Oct. 16, 2017.

In her earlier years, she attended school at Boykin and was a graduate of the class of 1968 at Southern Normal. She attended United Sandy Grove Baptist, and it was there she was baptized. Only God is capable of counting the lives she touched, the happiness she created and how much love she gave. 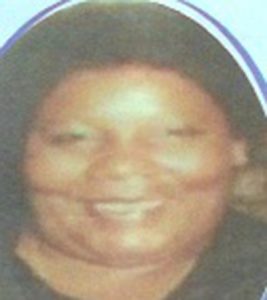 She was preceded in death by her parents, Simmie and Romain Bradley, and her brother, Elmore Benjamin.

He was a native of Granite City, Ill., and a life long resident of Brewton. Joyner was a faithful member, Sunday School class teacher, and usher of the Brewton First United Methodist Church, a 1973 graduate of W.S. Neal High School, and an avid Alabama fan.

He was a former employee of the Brewton Police Department, Escambia County Sherriff’s Department, Founder of Alabama Patriots Tea Party, and owner/tech of Safety and Security Consul