Remembering locals who died in WWI 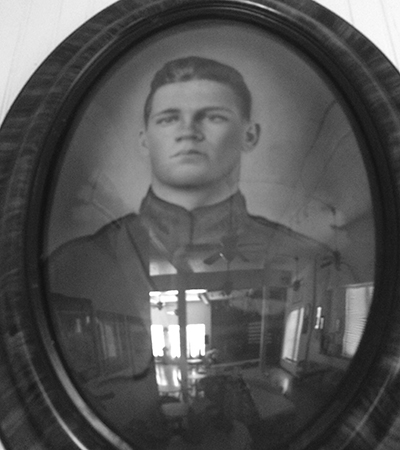 Billy Glenn Rushing of Atmore was in the Air Service and was killed in World War I. American Legion Post No. 90 is named for him. Courtesy photo

As our nation remembers the 100th anniversary of U.S. involvement in World War I, I thought it important to mention those veterans from Escambia County who gave the ultimate sacrifice for their country.

This may not be an exhaustive list of veterans, and if any reader is aware of another veteran who was killed in World War I from our area, please notify me in that it would be a great honor to this writer to be able to include their name in a future article.

At the time, WWI was called the Great War, or the War to End All Wars, the thought being that technology had made war so brutal that no country would dare to start another war. The war saw the collapse of age old empires such as the Russian empire under Czar Nicholas and the Ottoman empire under the Turkish sultans in Istanbul.

Following the war new challenges emerged. Soviet Russia threatened to spread communism across the globe. The terms of the treaty ending WWI ultimately contributed to the rise of Hitler and his Nazis who sought to plunge Europe into another Dark Age. The effects of the war are felt to this day.

Much of the strife in the Middle East, while having its roots in Biblical history, were none the less exacerbated by the drawing of artificial boundaries by the British and French following the end of WWI and the collapse of the Ottoman Turks who had ruled the region for centuries.

Below is the list of local men who fell during the war:

Following the war, those who survived returned to home and their firesides and attempted to make a life for themselves and their families. This nation is fortunate to have had patriotic, dedicated men and women-then and now- who have cared enough to put it all on the line to perpetuate a better future for our nation.

The William Carney Camp SCV will meet Nov. 7, 2017, at the Canoe Civic Center in downtown Canoe at 6 p.m.