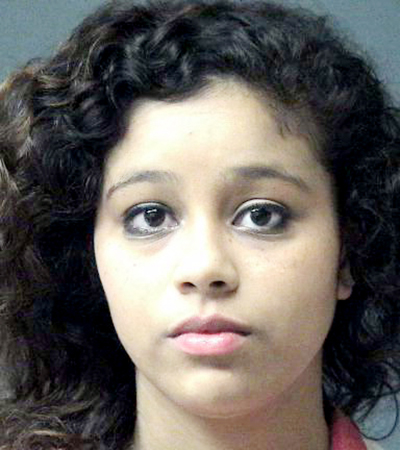 The East Brewton teen who pleaded guilty September in the 2016 hit-and-run death of a W.S. Neal Middle School student will spend the next five years in prison.

Donnavia Williams was sentenced Wednesday to a 20-year split sentence for the death of 12-year-old Devon Spencer last February. Once released from DOC, she will face a five-year probation period. She was also ordered to pay court fines and restitution.

Williams, who appeared before Judge Bert Rice in a dress and ankle monitor, cried when she took the stand at the hearing.

“I am so sorry,” Williams told the Spencer family. “I wanted to tell you sooner but I was advised not to.”

Represented by Jerome Carter, Williams pleaded to manslaughter and avoided trial. She was previously indicted on charges of leaving a scene of an accident and second-degree assault; however, those charges were dropped as part of Williams’ plea agreement.

Spencer died on Feb. 16, 2016, from injuries he sustained while walking with a friend from a nearby apartment complex to the W.S. Neal Middle School campus.

No details of the day’s events were discussed at the hearing. Instead, family talked about their loss.

“I miss him so much,” Mr. Spencer said. “Every day is bad. Some days worse than others. No matter who I talk to, I’m thinking about what (Devon) would be doing; what he would sound like; what he would look like. She took a lot and should be held accountable.”

Accountability was a reoccurring theme during the day’s proceedings. The Spencer family maintains Williams should’ve stopped on that fatal day instead of continuing on to school.

“I lost everything,” Mr. Spencer said as he wiped tears from his eyes. “If you would’ve just stayed, this would have been a whole lot different.”

“We’re not a cruel and callous family,” she said. “Accidents happen. Accountability is what is important to us. When accidents happen, you’re responsible. You showed no remorse. We’re at the hospital, and she was at a basketball game.

“She’s young,” Ms. Spencer said. “She didn’t set out to kill Devon. If the situation was reversed, and Devon hit someone, he would have to be held accountable.”

The Spencer family said they were pleased with the sentenced handed down.

“I hope families pay close attention to this case,” Ms. Spencer said. “We’ll never know what truly happened that morning, but at the end of the day, you don’t leave the scene of an accident.”

Williams family openly wept as she was remanded into custody. She will be transported to DOC in the coming days.

It is unknown when Mrs. Williams will face the judicial process.