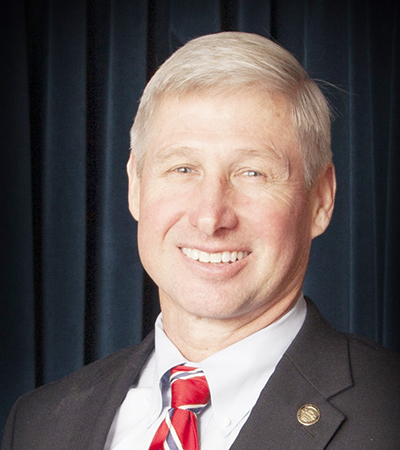 Expressing his continued full-time service to the citizens in being an active and accessible Legislator, Alan Baker (R) of Brewton officially announced his candidacy for State Representative of District 66 which includes Escambia and Baldwin counties. Baker, a retired educator who resides in Brewton, quickly acknowledged the honor and privilege it has been for him to serve in fulfilling his promise to provide active representation.

“With so many assorted issues before the Legislature and to be able to best represent the people, it is of critical importance for me to be able to feel and know the pulse of the district that I serve…and in meeting that goal, I will continue to be actively engaged and accessible to the people,” Baker said.

In his active circulation and contact with citizens across his district, Rep. Baker listed jobs and the economy at the top of his priority list regarding issues upon which he continues to be focused.

“Our state needs to continue setting the stage for a business-friendly climate that will attract new business and industry while encouraging existing business to grow and expand,” he said.

With his strong visible pursuit of advancing quality job growth through workforce development, Rep. Baker has been serving as the Governor’s appointee on the recently created Alabama Workforce Council.

In addition, he asserted his support for a quality educational system that could be strengthened with a continued focus on expanding Pre-K along with the added emphasis on the current Career and College Readiness pathways for high school students.

“Not to diminish the College track,” Baker said, “but I am very encouraged with the heightened attention that is being placed on Career Technical Education as an equal pathway of opportunities for high paying job. Either path can provide excellent avenues for productive careers.”

With his education career background, he serves as the Governor’s appointee to represent Alabama on the 16 state Southern Regional Education Board (SREB) that serves prominently as an educational backbone of support for its southeastern member states. Within the SREB organization, Baker was recently elected by his legislative peers from the 16 states as Chairman of the Legislative Advisory Council.

He also serves on the House Education Ways and Means Committee and expressed his strong, continued support of public education through key votes and education legislation he has sponsored.

In Montgomery circles, Baker is often referred to as the “Quiet Giant” as he has been the lead sponsor on several significant pieces of successful legislation that although passing under the media radar, created monumental positive impacts for the entire state.  Some of that key legislation of which he was the lead sponsor includes the Alabama Jobs Act (2015), the Revised Alabama Jobs Act (2017), Renaming ADO to the Dept. of Commerce (2012), Apprenticeship Credit Act (2016), School Safety Legislation: Safety Drills (2013); School Bus Trespassing (2013); School Emergency Electronic Notification (2017), and the Solid Waste Management Permitting Revisions Act (2017).

With the fast approaching 2018 Legislative Session that begins Jan. 9, 2018, Baker emphasized the importance of the State demonstrating fiscal responsibility and sustainability of its obligations as the State Legislature continues its work. All 140 Legislative seats in both Houses (105 Representatives – 35 Senators) within the Alabama Legislature serve four-year terms and therefore all 140 seats will be a part of the 2018 election cycle. Official qualifying does not begin until January of 2018.