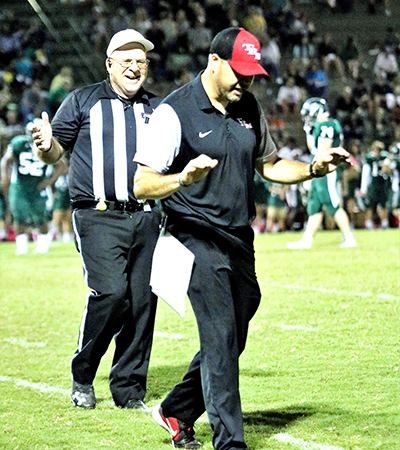 T.R. Miller head football coach and athletic director, Andrew Thomas, has resigned from his positions as of Thursday morning.

The Brewton City Board of Education approved the resignation in a special call meeting.

“We appreciate the work Coach Thomas has done over the past two seasons and wish him all the best in his future endeavors,” Varner said.

In his two seasons Thomas was 13-8 while controlling the head coaching duties at TRM. In the 2017 season, the Tigers went 5-5 and missed the playoffs for the first time in 33 seasons.

“I felt it was the best decision for myself, my family, and for T.R. Miller to step down at this time,” Thomas said. “I’d rather not comment further.”

Prior to coaching for the Tigers, Thomas was 60-5 as the head coach at Trenton High School, winning two state championships and finishing as the runner up in one.

“T.R. Miller will immediately begin the search for the next leader who will continue the tradition of excellence associated with this storied program,” Varner said.