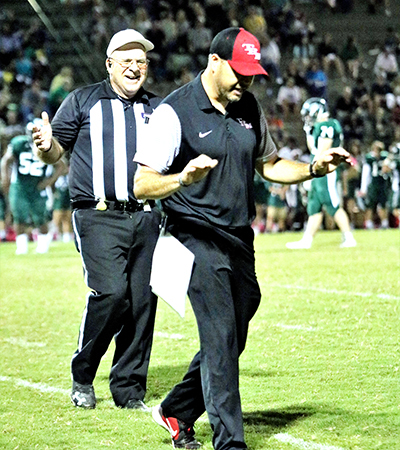 It could be a while before a new T.R. Miller head coach and athletic director is named.

Andrew Thomas, who was named to the post in 2016, resigned earlier this month after two seasons as head of the Tigers. While there, Thomas was 13-8. This year, the Tigers went 5-5 and missed the playoffs for the first time in 33 seasons.

One day after Thomas’ resignation, the search for his replacement began. According to the listing on the state department of education website, applications are currently being accepted and there is no deadline listed.

Brewton City Schools Superintendent Dr. Kenneth Varner said there “is nothing new to report right now” as the search continues.

“Nothing much happened over the Thanksgiving break, but it will get more active now that we are back in school,” Varner said. “There will be more to report as we get further into the process.”

When asked about expressed interest for the now vacant position, Varner said, “As for particular individuals that may reach out to us during the process, it would be reasonable for a coach that is already in a good situation to expect discretion on our part – and we would certainly honor that for them.”

It was about this time in 2015 when the search began to replace longtime Tiger coach Jamie Riggs, who ended his 38-year coaching career with 305 wins. The accomplishment marked him as the fourth winning-est high school football coach in Alabama.

Then, some 54 formal applications were submitted to fill the role at one of the most respected football programs in the state.