‘The Best Christmas Pageant Ever’ coming 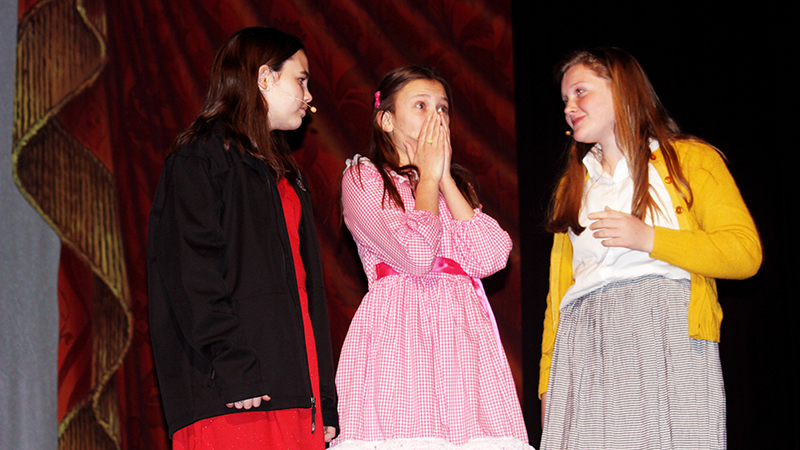 The cast of ‘The Best Christmas Pageant Ever’ are ready for performances Dec. 14-17. Courtesy photo

The final production of Brewton Town & Gown’s inaugural season is set for this week when a cast of more than 50 actors present “The Best Christmas Pageant Ever” at Coastal Alabama Community College on Dec. 14 through 17.

“The Best Christmas Pageant Ever” is the story of six children who cause trouble everywhere they go. When the Hermans are cast as the leads in a local Christmas pageant, they turn the town completely upside down.

Director Stephen Billy said he has loved the story for years.

“Since I was 9-years-old, this has always been one of my favorite books,” Billy said. “I directed the show five years ago with high school students and always wanted to revisit the story with younger children. When I began programming the season for Brewton Town and Gown Players, this was an easy pick for the Christmas slot. This is a great piece of theatre with a wonderful message of love and acceptance. It is perfect for audience members, both young and old, this holiday season.”

Billy said the dialogue is hilarious.

“The quick, witty lines between all the characters, specifically the Herdmans, will have audience members of all ages laughing,” he said. “The characters are all memorable and lovable, and that makes the production that much more entertaining. “

“There are so many “first timers” in this production, which allows for new friendships to develop between cast members,” Billy said. “They are such a talented group.”

The cast of more than 50 includes a few adult roles, Billy said, but the cast is predominately children. Cast members range in age from 7 to 74.

“It is beyond exciting to have that many people interested in the performing arts,” Billy said.

The theater company is a partnership between the City of Brewton and the community college that once hosted a thriving and critically acclaimed dramatic arts program. The project aims to kickstart a similar program for the local campus as part of the newly consolidated community college.

The first season included “Willy Wonka and the Chocolate Factory,” the first trip outside Monroeville for the Mockingbird Company’s “To Kill a Mockingbird” also directed by Billy, and the season-ender that is sure to delight holiday crowds.

“The Best Christmas Pageant Ever” opens Thursday night in Woodfin Patterson Auditorium on the Brewton campus of Coastal Alabama Community College. and continues through the weekend. Show times are at 7 p.m. Thurs., Fri. and Sat., Dec. 14-16, and at 2 p.m. on Sun., Dec. 17.Adult tickets are $12, and tickets for children (12 and under) are $10.

Property tax is due