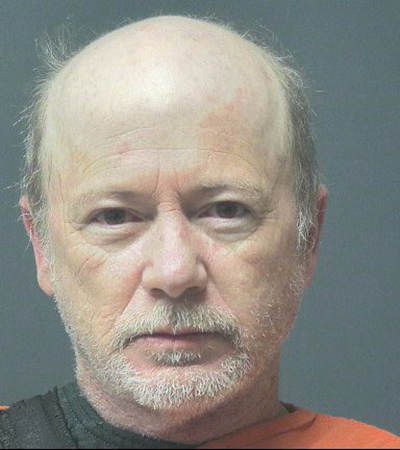 The Escambia County Fire Departments are accepting donations to bury one of their own.

The death of Tonia Smith, who was a member of the Appleton Volunteer Fire Department, is being investigated by the Escambia County Sheriff’s Office after an incident at the residence where Appleton Fire Chief Michael Tyler was assaulted by Christopher Smith on Thursday, Dec. 14.

A 911 call came into the Escambia County Sheriff’s Office around 6:45 p.m. that a subject was having an asthma attack, and EMS and Appleton Fire Department were dispatched to the scene. Because of a previous domestic situation that had occurred earlier at the residence, EMS and AVFD decided to wait for law enforcement to arrive before approaching the residence.

After another call alerted them that the subject may not be breathing, they made the decision to continue without law enforcement.

When emergency personnel reached the residence, they found Christopher Wade Smith, 51, doing chest compressions on his wife Tonia Smith, 45, in the backyard.

As Tyler began to give medical assistance to the subject, Christopher Smith struck him in his right eye.

According to Chief Deputy Mike Lambert, Tyler sustained serious injury to his right eye and cheek, including a blowout fracture.

Tyler told The Brewton Standard Tuesday that he was recovering well and felt back to normal.

“It looks worse than it is,” Tyler said. “The blood is draining like it is supposed to, so I am fine.”

EMS took Tonia Smith to D.W. McMillan Hospital, where she was pronounced dead shortly after arrival.

As law enforcement arrived on the scene, Smith attempted to flee the scene in his personal vehicle and hit a firefighter’s vehicle, causing damage.

Smith was arrested and charged with assault I and criminal mischief II and is currently being held at the Escambia County (AL) Detention Center on a $250,000 bond.

The body of Tonia Smith was transported to the Alabama Department of Forensic Sciences for autopsy. Lambert said the department is awaiting results of a toxicology screening to determine the cause of death.

According to Lambert, Christopher Smith was out on bond for a domestic violence charge at the time of the incident.

The case remains under investigation.

According to Tyler, the firefighter association secretary for the area sent out a county-wide email requesting donations to bury Tonia Smith.

“I know our department is giving $100,” Tyler said. “They have also set up a GoFundMe page for her, and Williams Memorial is taking donations.”