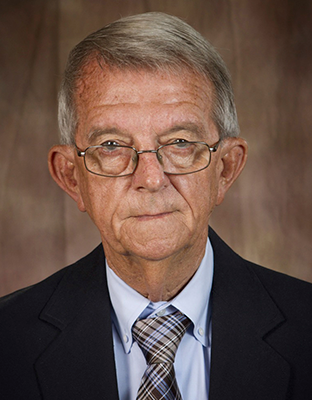 Brewton lost one of its beloved citizens on Wed., Jan. 3, 2018, when death claimed the life of Frank Cotten.

Better known to everyone as “Coach,” he had served as coach and principal of T.R. Miller High School for 30 years before his retirement in 1996.

Funeral services will be held Sat., Jan. 6, at 3 p.m. at Brewton First Baptist Church with the Rev. John Finklea and the Rev. Cavin Cawthon officiating. Burial will follow in Union Cemetery with Williams Funeral Home directing.

Cotten, 79, of Edgewood Drive, died in a Pensacola, Fla., hospital after a brief illness. He was a native of Coffeeville, and a graduate of Coffeeville High School in Clark County, where he began his coaching career in 1960. He was also a graduate of Livingston University and Troy State. He was married to the late Shirley Williamson in 1965 and they were the parents of a son, Robbie (Margaret) Cotten of Brewton, and a daughter, Kim (Wesley) Brittain of Brewton. He is survived by three brothers, Charles Cotten Jr. of Greenwood, S.C., and James Buddy Cotten of Coffeeville; four grandchildren, Kayla Cauley, Madison Cotten, Hunter Brittain and Anna Kate Brittain; and one great-grandchild, Mackenzie Cauley.

After Cotten left Coffeevile in 1964, he served as head football coach at Macon Academy in Tuskegee for one year.

He arrived in Brewton in 1966 as head basketball coach and assistant football coach of T.R. Miller High School. He became the head football coach there in 1973 and retired from coaching in 1980.

He was not through with education yet. He continued his connection with T.R. Miller by becoming the principal before his retirement from education in 1996.

Retirement didn’t suit Cotten as he had expected, so he began another career selling automobiles at Jim Peach Motors. He also ran for and was elected to the Brewton City Council where he served for 28 years, which kept him in the public life. He continued to work at Jim Peach Motors until a short illness that preceded his death.

Chip Peach, the owner of Peach Motors, said that the company will miss Cotten very much. “My daughter said it best,” he said. “It won’t be the same around here without him. Coach was a good name for Frank Cotten. He was a father figure and no one wanted to disappoint him. He meant the world to me and he will be missed.”

“I owe everything to Coach Cotten,” said Jim Hart, a former coach. “I came to Brewton in 1974 to coach in the T.R. Miller School system. We became friends and remained good friends the rest of his life. I will miss him a whole bunch. He loved all of us and treated us like we were his family. He was always loyal to all of us who worked with him and those that knew him. He was a great boss, but an even better friend. He will be missed.”

Joe Watson played football on Cotten’s team and later they served on the Brewton City Council together.

“I don’t remember much about playing football,” Watson said. “It’s been too long ago, but I do have memories of serving on the council together. I came in as a city councilman in 2008. I knew Frank from playing football, but I had no experience as to what what was expected of me on the council. I went to Frank for advice. I remember thinking how unique it was for him as coach and me as student for us to serve the council at the same time. He told me to always do what was right and I would never go wrong. We served on many programs together. He always stayed true to what he believed. I really admired him. We didn’t always agree on everything, but he stood true to himself.”