Campaign launched to rename stadium in memory of Coach Cotten 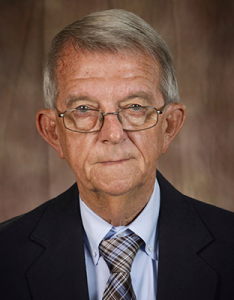 The sudden death of Frank “Coach” Cotten on Jan. 3, 2018 brought back many memories of the years he was in the education and coaching profession. Now there is a move on to rename the Brewton Municipal Stadium in honor of Cotten.

“I have been very distracted since I learned of Frank’s passing on Wednesday,” said Ken James. “I played football for him and he was my principal at school. I thought the world of him. I read on Facebook a posting by Sylvia Peach where she suggested it might be a good idea of how we could honor Cotten’s life. I called her and asked if she cared if I took the ball and rolled on getting a petition started to get the signatures of others who feel as we do. She whole-heartedly agreed and we set the ball rolling.”

James, who describes himself as one of Frank Cotten’s good friends, has his own social media website. He has dedicated a place to add your name to the petition to honor this man who has touched so many lives, in teaching, coaching and serving as principal at T.R. Miller High School. Not only does the petition list his work in education but also in many years as part of the Brewton City Council. Even after his retirement from the city, he was not content to really retire. He spent the rest of his life selling vehicles at Jim Peach Motors meeting a public that also enjoyed the company of this Christian man who loved his family, his church, his job and his beloved high school.

There are presently 629 signatures.