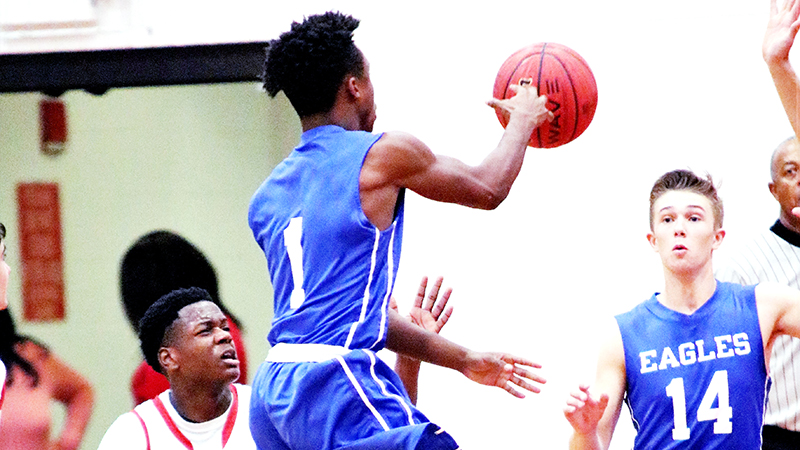 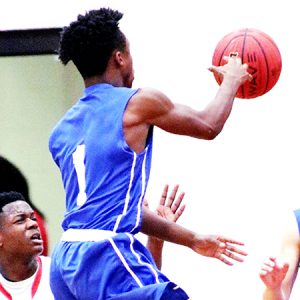 The tournament starts Thursday with Monroe County and Escambia County playing at 5 p.m. following with W.S. Neal and Andalusia playing at 6:30 p.m.

“We have three days of practice to prepare for the area tournament,” said Salter. “The biggest concern is to rebound better, get less turnovers, be more aggressive defensively and get more shots.”

The finals of the tournament will be at 6 p.m. February 10th.

It was a close and competitive game, and at the half the Golden Bears lead against the Eagles (21-20). However, to some nice well adjustments the Eagles finished the game strong.

“We did well on our press, which got the other team in trouble with turning over the ball a lot,” said Salter. “We finished the game strong. We usually have to fight to get out of a whole, but that wasn’t the case for this game.”

“We started slow, and made some mistakes,” said Salter.” Our intensity picked up, and we played well as a unit. Maddox had a good defensive game.