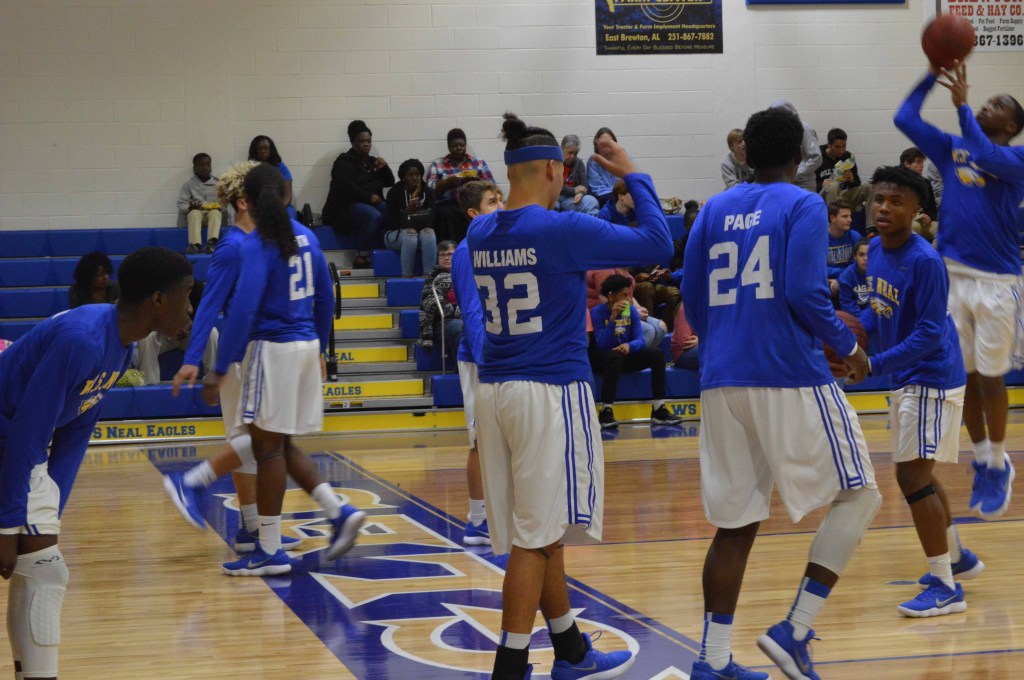 WS Neal’s season came to an end in game one of the area tournament as they lost to Andalusia 68-52.

“We dug a hole to begin with, I thought we did some things on offense pretty well,” head coach Dewan Salter said. On defense not so well going against guys who are 6 feet 6 inches tall and 6 feet 7 inches tall. We tried to force them to shoot the three, but they kept finding ways to get to the inside.

“They just had control of us and they didn’t miss their shots,” Salter said. “We had 11 turnovers, we kept battling but we just didn’t get it done.”

“Marvin and Jacobey played well as Marvin scored 18 points and Jacobey with 16 points,” Salter said. “Page chipped in 12 points and we added some B-team players to get them some experience to let them see what it’s about for next season.

“I was kind of disappointed in the season as we had a lot of experience coming back from last season, he said.” “We battled a lot of games that that got away from us and should have won.”

We had some good things to having Marvin Maddox play well as he had the team on his back. Page played well just for being a freshman. “We are only losing two seniors, so we will have a lot of guys returning next season,” Salter said.