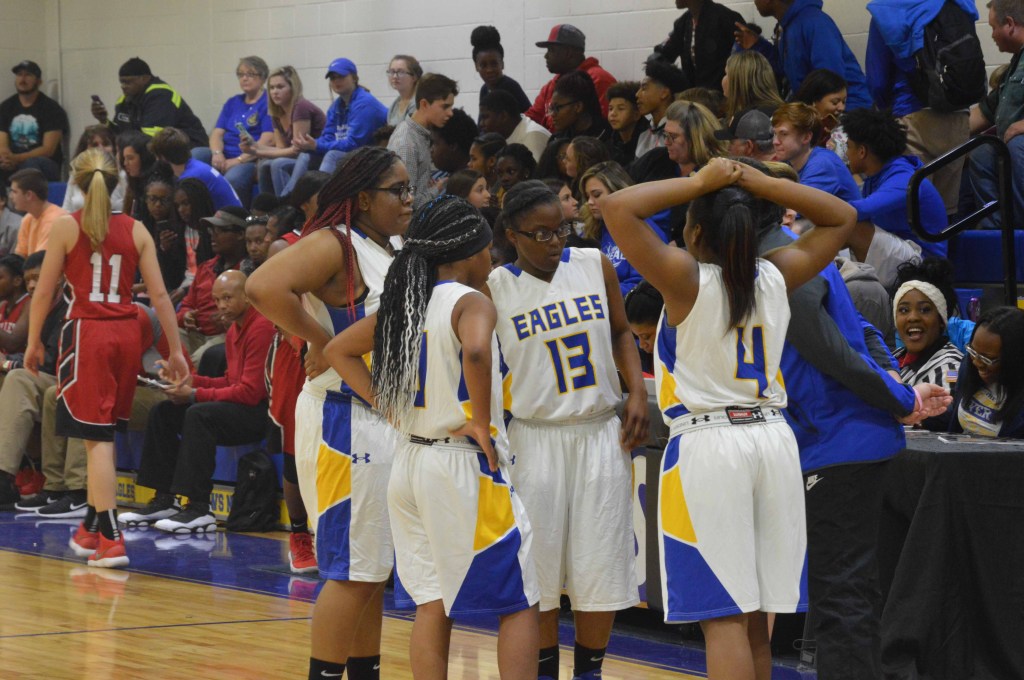 The Lady Eagles struggled this season having a 2-20 record. “We have to get better at the game,” head coach Johnathan Farr said.

“We didn’t play well the first half, and we wasn’t good at dribbling the ball. We played hard the second half and we had more effort.”

Farr said, they got better as they continued to battle through. “We competed and played hard and it will help us on the road,” Farr said. “We only losing one senior this year and all five starters are coming back next season.”

“Monroe County has a great team, and they have a great chance to advance and win it all,” Farr said.

Alyssa Askew was the Eagles leading scorer for the year scoring seven points per game.