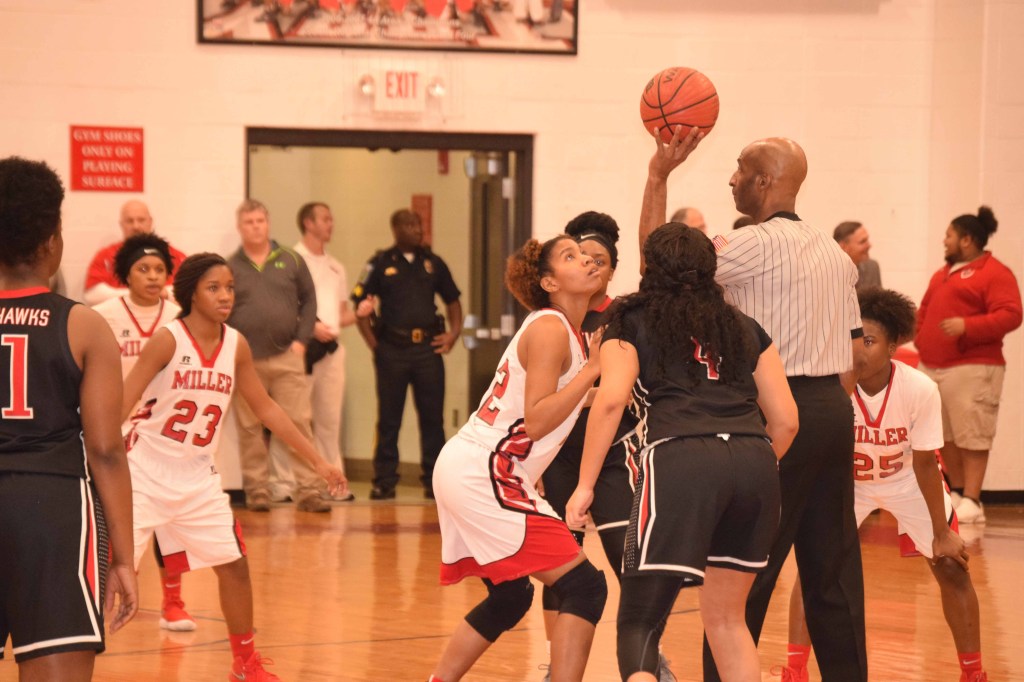 The Tigers started off a little slow in the first quarter as they led the Warhawks 11-4. Later the Tigers went on a scoring run, which led them to a 40-10 lead at halftime.

The Tigers continued to put the pressure on as they came out at the half and extended the lead 56-16.

“Janazsia Nettles started to get our offense going as she got hot and just gave us a big lift,” Jackson said.

Nettles led the Tigers with 20 points, three steals and one assist. Nettles had a great night from behind the perimeter. “I just shoot the basketball and pray it goes in,” she said.

Steely Ruzic had 13 points, eight rebounds, five steals and two assists. “Daleville was a good a team,” she said. “I was very discipline, and did a good job at rotating.”

Point guard Valerie Samuel had 11 points, one rebound, seven steals and five assists. “We had to focus, everyone did their part and played defense,” Samuel said. “Defense wins games.”

Alijah Fountain had 10 points, five rebounds, seven steals and four assists. “I knew it was important to get traps,” Fountain said. “I work hard in practice to do what I need to do to trap players in the game.”

Kyla Bell-Barton had five points, eight rebounds, six steals, two assists and one block. Bell-Barton said, “We played well, and laid it all on the line to get to the next level.”

Ravion Ewing had six rebounds, one steal and two assists. “As a team we played well defensively,” said Ewing.

Vanessa Samuel had four rebounds, three steals and three assists. “Coming off the bench and contributing to my teammates as freshman is a huge task but I can do it,” she said.

Shayanne Samuel had five points and two rebounds. Samuel said, “coming off the bench as a freshman, we try to strive to make our starters better. This season shows us how to be a great team and set an example on how we should be next year.”

Aleria Smith said, “My team played well it was about who wanted it more.”

“We come to practice every day and work hard,” Jakeya Smith said.

Shyanne Salter said, “I feel the game went well. We still have to workout our defense. I played my hardest, and being on the bench isn’t bad it helps me and the team get better.”

“We are going to have a tough game come Saturday,” Jackson said. “We have to have a good game. Clarke County has a good team and is well coached.

The Lady Tigers are scheduled to play against Clarke County in the regional semifinals Saturday in Dothan at the Civic Center at 3 p.m.