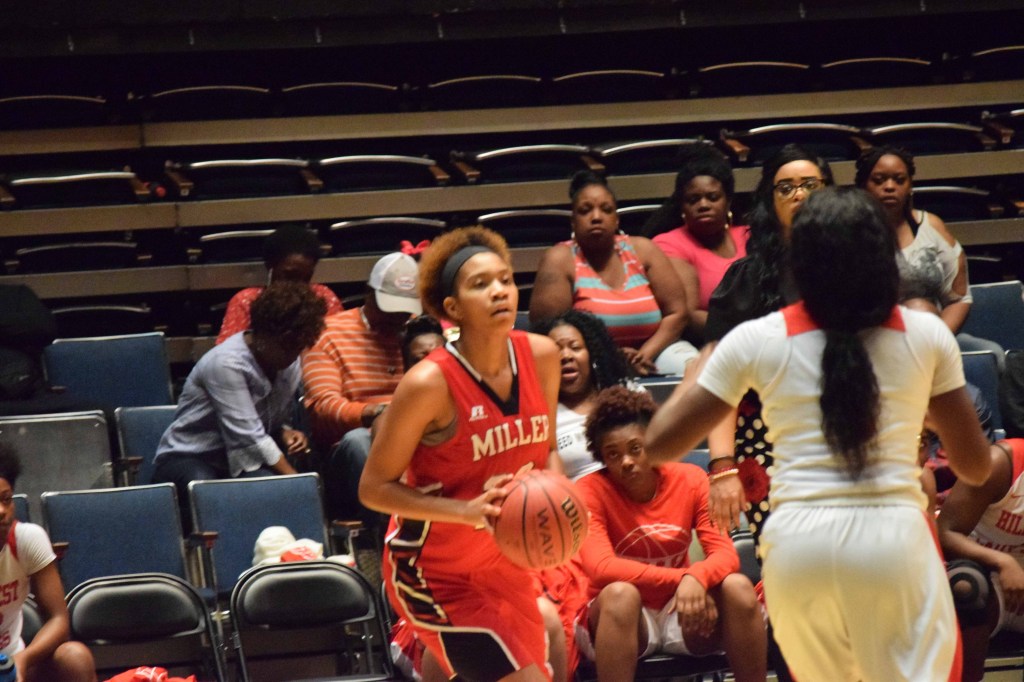 The T.R. Miller Lady Tigers defeated their rival, the Hillcrest Lady Jaguars to win the 3A South regional championship in Dothan yesterday.

The Tigers are now 30-0 as they prepare to travel to Birmingham to play against top ranked Lauderdale County on Tuesday, at 9 a.m. in the Birmingham Jefferson Convention Complex.

This was a hard-fought rivalry game as the Tigers had to battle against a team that they have constantly played against all season. Hillcrest guard Tyesha Rudolph came off from a 38 point career high game against Geneva County Saturday. However, the Tigers limited her only to 18 points yesterday.

After the half going to the third the Tigers made some defensive adjustments that gave them some momentum against the Jags. The Tigers ended the third with a 38-32 lead looking to end the game big.

The Jags kept battling aganist the Tigers as a Lady Jag shot a three pointer making the score 38-35, but with a quick time out by Coach Ronald Jackson. The Tigers came out and increased their intensity on defense, and was able to finish the game to win by ten.

Leading scorer and tournament MVP Kyla Bell-Barton led the Tigers with her double-double as she had 18 points and 13 rebounds on seven of nine shooting. She also had five of the eight points in the final minutes of the game to give the Tigers a lift for the win.

Steely Ruzic had a double-double as well scoring 14 points and 12 rebounds. Ruzic was five of eight from the field and was four of four from the free throw line.

The Tigers combined for 37 rebounds and was 15-23 from the free line.