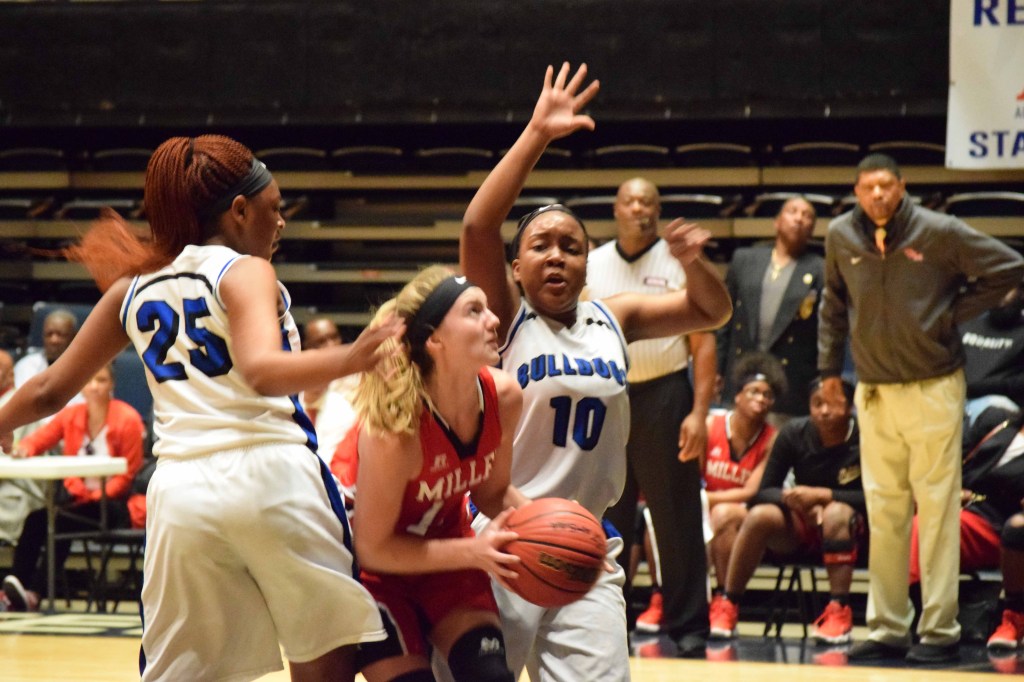 The T.R.Miller Lady Tigers look to defeat Hillcrest again today to secure their spot in the State tournament in Birmingham.

The Bulldogs were 28-0 and rank no.4 in 3A basketball before the Lady Tigers ended their season. It was a contest between two undefeated teams.

The Lady Tigers came out to an excellent start in the ballgame as they ended the first quarter 25-16. The Tigers were relying on excellent defense throughout the game.

At the half, the Tigers were ahead 45-27, as they continued to put the pressure on the Bulldogs with their defense. They forced the Bulldogs to turnover the ball and allowed them to score only 10 points in the third with a score of 59-37.

The Tigers continued their hard work on defense going into the fourth as the Bulldogs only scored four points in the final quarter.

The Lady Tigers leading scorer Alijah Fountain had an excellent game. Fountain had 18 points, three rebounds, six steals, and four assists. Followed by Kyla Bell-Barton, who fouled out late in fourth quarter with only a minute left in the game. Bell-Barton had a double-double scoring 15 points, 10 rebounds, one steal and three blocks. She played an excellent game on the defensive end.

Lady Tigers point Valerie Samuel had a great game as well, scoring 8 points, three rebounds, four steals and four assists. “The ability to not be trapped is the sign of an excellent point guard,” assistant coach Gerald Barton said. “Her man-on-man defense is second to none. “Samuel is the Lady Tigers floor general.”

Head coach Ronald Jackson said, “We played hard, we shot the ball well, our defense was great, and it was one of our strongest points for this game. I felt we played defense a lot better Saturday than throughout the whole season.” The Tigers will be playing against Hillcrest-Evergreen Lady Jaguars on Wednesday. Jackson said, “We have a better chance to beat Hillcrest this year compared to last year.”

Last year, the Tigers fell to the Jaguars in the Regional Championship game where they lost 52-44. However, the undefeated Lady Tigers look to get revenge for last year’s defeat. The Tigers have defeated the Jaguars all season in a regular game and in the area championship.

The rivalry game between the Lady Tigers and the Jaguars will be Wednesday at 12:30 p.m. at the Dothan Civic Center.