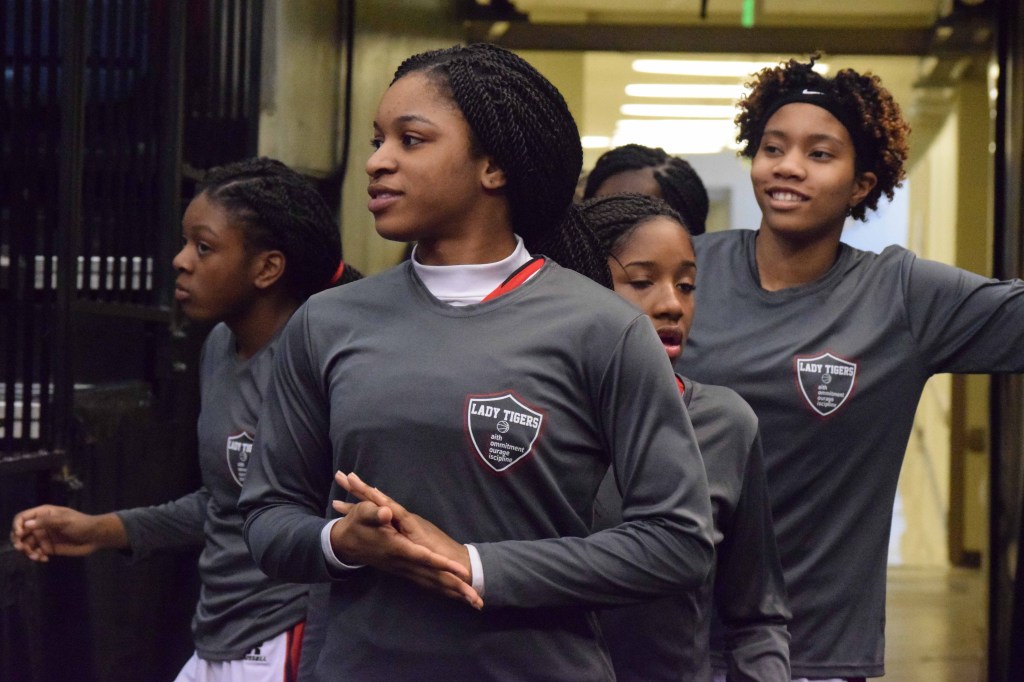 The Tigers came into the gate looking to force Laugherdale to make bad passes and out play them with their defense. However, the Tigers had a slow start in the first as the first quarter ended 14-5 with Laugherdale leading. The Tigers struggled shooting 2 of 8 from the field and 0 of 4 from the three point line.

The Tigers went into the second playing more aggressive as they scored 14 points the second quarter. Janazsia Nettles gave the Tigers a spark when she knocked down two back to back three pointers. “Nettles started to get heated up, but it just wasn’t enough,” head coach Ronald Jackson said. The Tigers percentage from the field went up as they were 5 of 16 shooting 31.3 percent from the field, and 4 of 12 from three. The half ended with Laugherdale leading the Tigers 31-19.

Heading into the third the Tigers picked up their offense scoring 6 of 13 improving their field goal percentage from the first half to 46.2 percent. The Tigers scored 15 points in the third, but just couldn’t find an answer for Laugherdale.

However, the Tigers never gave up or stopped playing. They fought to the end in the fourth quarter as they successfully outscored Laugherdale 11-9.

Laugherdale guard Cruce Allie Craig was a major threat to the Tigers as she had 28 points shooting 10 of 19 from the field, 3 of 5 from the three point line, 5 of 6 from the free throw line, had eight rebounds, two assists, one block and three steals.

“Playing in the civic center through our defense out of rhythm,” Jackson said. Being in different environment that’s not in Brewton, and seeing so many people in the stands can be a challenge for a kid when you are playing the biggest game in your life.

Jackson said, “Nettles, Ruzic, and Samuel had a great game, but you have to be great to win championships.” It’s always good to be winning and being undefeated, he said. “I’m proud of my girls of how they played this season and getting to Birmingham,” Jackson said. Jackson said, “We are coming back.”

Nettles had nine points that came from her shooting from the perimeter, along with one rebound, two assists and one steal. “Laugherdale was a good team, and we knew it was going to take a lot to win, Nettles said. We tried our hardest, but just didn’t capitalize at the end, but we will be back next year,” she said. “Nettles started getting fired up, but it wasn’t enough,” Jackson said.

Kyla Bell-Barton had a quiet game scoring two points, grabbed eight rebounds and one block. Alijah Fountain had eight points, one rebound, one assist and one steal. Along with Shania Samuel and Jakeya Smith combing for four points.

“We are going to get back to taking our kids to camp this summer, so they can get use to this type of environment,” Jackson said. “I’m proud of my team, because a lot of teams can’t go undefeated,” he said.