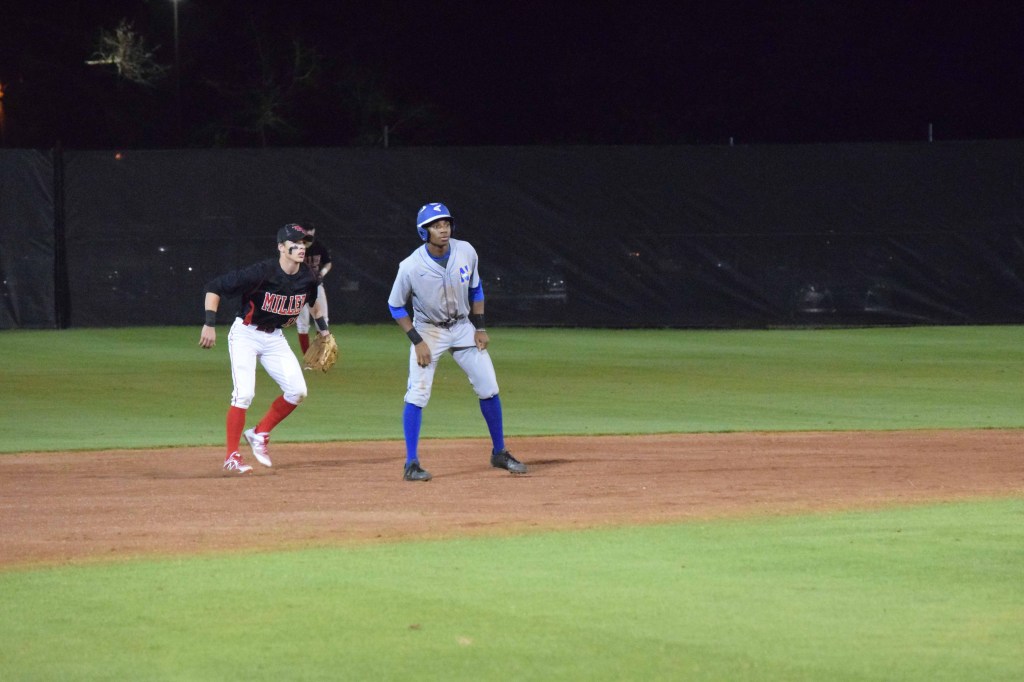 W.S. Neal Blue Eagles and the T.R. Miller Tigers faced off for the first time this season in baseball on Wednesday night in the county tournament where the Eagles defeated the Tigers 14-4.

“Our guys knew this was a big rivalry game, but they were prepared and brought their best,” head coach Coy Campbell said.

At the end of the first inning Miller led the Eagles 2-0. “Last night our kids didn’t compete as they should,” Campbell said. “We fell 2-0 in the first, but came back in the second outscoring the Tigers 3-0. We started getting into the game then.”

Hunter Revel led the Eagles with three hits, along with four plate appearances, four times at bat, one run, and four runs batted in. Connor Moye had one hit, four plate appearances, three times at bat, one run, and two runs batted in.“Connor did a good job on the mound as he competed and didn’t walk too many players,” Campbell said. “His pitching gave us a shot to make them swing to beat us.”

Jacobey Hawthorne had four plate appearances, three times at bat, one run, two hits, and one run batted in. “Jacobey is our lead-off guy and sparker for our team,” Campbell said. He sets the table for the team hitting 7-of -14 for the season, and 5 of 7 on two triples and a homerun.

Matt Hutchins had four plate appearances, three times at bat, two runs, two hits and one run batted in. The Blue Eagles combined for 36 plate appearances, 25 at bats, 14 runs, 12 hits and 11 runs batted in. “Leadership is our biggest strength, where we start nine seniors, one DH and one sophomore,” Campbell said. “Everybody is taking account into their job and it showed last night. We have 11 kids overall, it’s early teams that keep consistency, and if we can continue to do that it will look good at the end of the year.”

“We made a couple errors against W.S. Neal as they are a well coached team, said TRM head coach Kevin Madden. “They capitalized, got some good hits, and we weren’t able to get hits and execute. Every time we made a mistake they made us pay for it, and when we tried to catch up they kept pulling away.”

Madden said TRM came out playing with momentum early. “They just took the lead and after that we just didn’t click, and couldn’t catch up,” he said.

The Tigers combined for 25 plate appearances, 19 at bats, four runs, six hits and three run bat in. “Our kids played hard, never gave up, and saw a lot of promise from our younger guys,” Madden said. “We have some young inexperienced players, but when the season starts to count we will play our best baseball.”