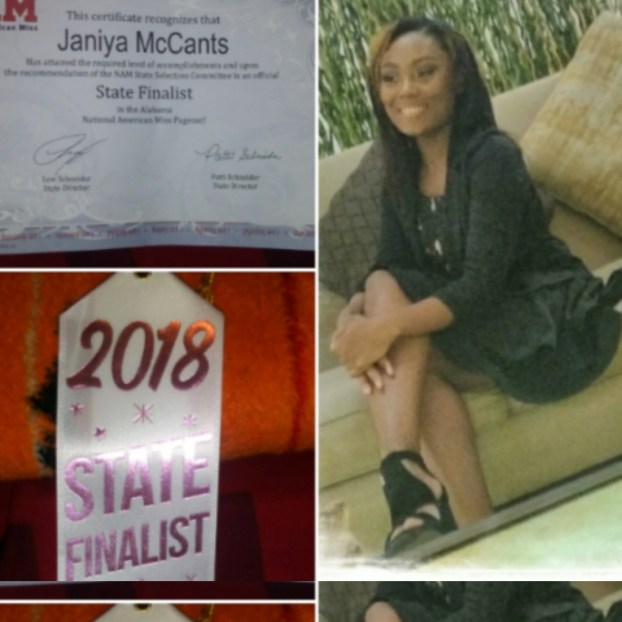 Miss. Janiya Marshaye McCants is a Brewton Native and a former W.S.Neal High School Student who was an active Student-Athlete in Basketball and Volleyball for the Lady Eagles as well as a leader among her peers actively involved in the Student Government Association at Neal High. Janiya is currently resides in Tuscaloosa,AL. with her father Jerome”Jabrae” McCants also a Brewton Native and Alumni of the W.S.Neal class of 1994. Janiya now attends Paul W.Bryant High School in Tuscaloosa,AL. where she has continued to excel as a leader among her peers having participated in the Paul W.Bryant Marching Stampede Band, a 2016 contestant for Homecoming Court and is actively a member of FBLA ,Yearbook Staff,Student Prom Committee,and Student Government Association. Janiya is a Senior in the upcoming 2018 graduating class. Janiya Currently holds 3.0 GPA. Janiya is an active member of New Enoch Missionary Baptist Church in Tuscaloosa,AL. where she has worked in the spiritual dance ministry.Janiya’s most recent accomplishment is being selected as a 2018 State Finalist for the state of Alabama in the National American Miss.Pageant slated for this July in Birmingham,AL.