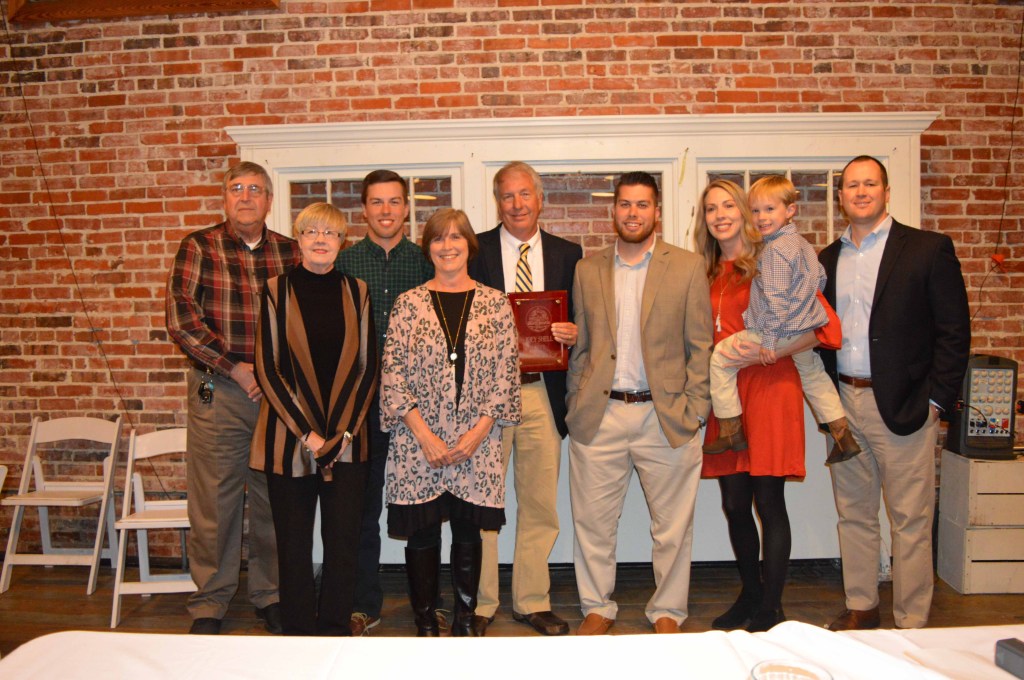 Joey Shell was named 2017 Citizen of the Year at Thursday night’s chamber banquet.

Shell has been a first responder for 42 years and has been active in youth sports specifically in the city of East Brewton.

Keith Horton presented the award to Shell saying they were lifelong friends.

Horton said Shell had faith in God and loves his family and his friends.

Horton described Shell as the man to get it done when something needs to get done, even though he may be the busiest.

Also honored at the banquet were WSN’s Bradley Lowery as the Phillip Ellis Excellence in Education Award winner; TRM’s Khadejah Askew as the Donnie Rotch Excellence in Education Award winner; and Coach Frank Cotten was honored with the Lifetime Achievement award. His family Anna Kate Brittain, Madison Cotten, Margaret Cotten, Robbie Cotten, Kim Brittain and Wesley Brittain were on hand to accept the award in memory of Coach Cotten.