Agerton to serve another term 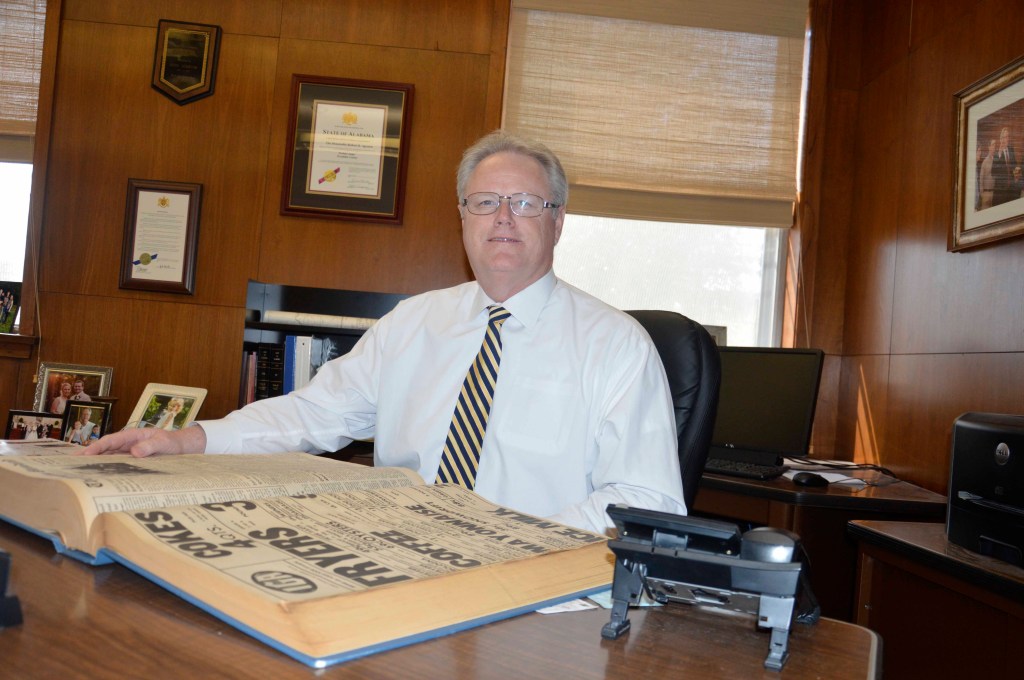 Robert Douglas Agerton is looking forward to serving another term as the Judge of Probate of Escambia County, Ala.

“No one qualified to run against me this time so I will continue for another term,” Agerton said. “I really enjoy what I am doing and hope to continue serving the public at least another six years.”

“I wanted to make it easier on the people who live in Atmore,” Agerton said. “Then they don’t have to make the trip to Brewton. We offer everything we have in Brewton in Atmore except they can’t sell marriage licenses.

“My mother had been Judge of Probate and I always thought I would to like to run for that office one day,” he added. “I didn’t realize just how much we do in this office, but we handle land records, adoption records, issue licenses for driving, fishing and hunting. We also issue marriage licenses. I used to marry couples, but several years ago I saw the way things were heading, and made the decision to just stop performing marriages. At least one of the parties getting married has to be from Escambia County.”

Agerton said many people come to him for advice on different matters. He can’t give legal advice, but he can get people headed in the right direction.

Some of the biggest problems are those concerning mental health.

“We are number 16 out of the 67 counties in the state handling mental health issues,” Agerton said. “One of the problems is there are fewer places that will take mental patients. After they closed Searcy Hospital, the nearest one to us is the facility at Luverne. There are never enough beds for the number of patients that need them.”

Agerton likes to hunt and he said that his hours are flexible enough for him to get in some hunting.

“Today was the first day of turkey season and I was out really early,” he said. “I didn’t get a turkey, but that was okay too. I have good people working with me and that helps a lot.”

Agerton was born and raised in Escambia County. He graduated from W.S. Neal High School in 1981. He was the typical teen growing up in the South. He hunted and fished and played in all the sports that were available.

“My dad was like that. I knew from an early age that I wanted to work in forestry,” he said. “I went to Troy University and played baseball and also played on the first baseball team they had at Jefferson Davis Junior College (JDJC). During the time I was working at the college.”

He went to Patrick Henry Junior College in Monroeville and got a job at T.R. Miller Mill Co. in the procurement department to buy timber for the mill. He got into real estate and worked with Mike and Sandy English in real estate.

He worked at T.R. Miller for 15 years and then left to go to a major water treatment calling on paper mills all over, and stayed in real estate, buying for himself. He went back to buying timber and that is where he was when he became Judge of Probate.

Agerton married Stephanie Graves in 1990 and they have two sons, James (Jessica) Agerton and Brice (Mallory) Agerton. They also have two grandchildren, Addison and Martin.

“I just want to thank the people of this county for believing in me and are satisfied with my job.”