Garrett serves as director of clinic 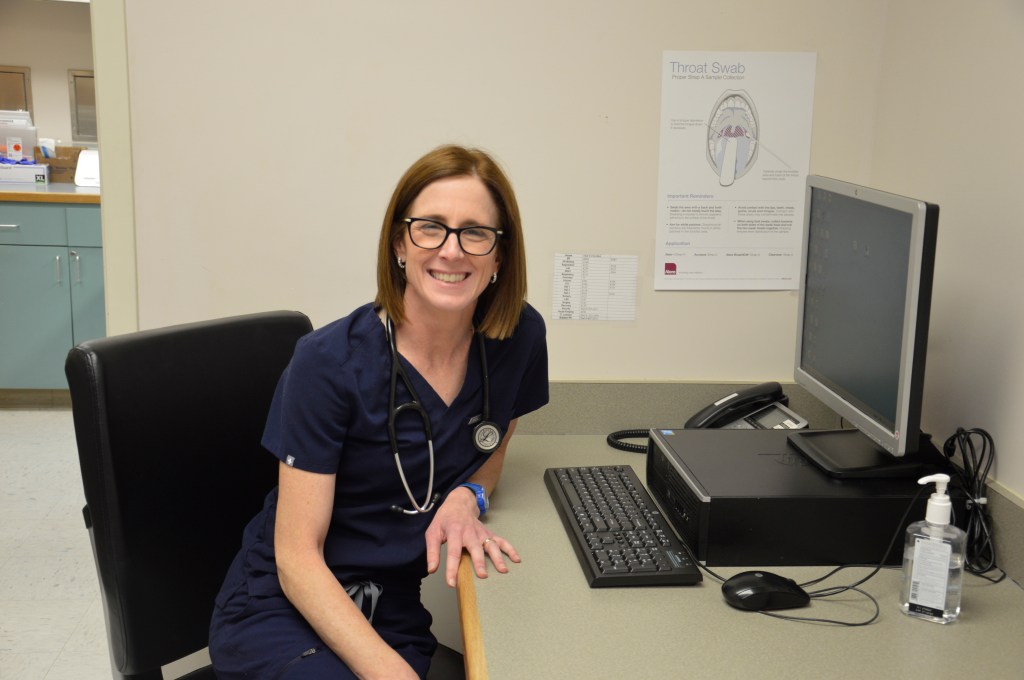 Most people are used to going to the emergency room if they get sick after the doctors have gone home at the end of the day. For the past year and a half patients have had another choice.

For the past eighteen months, Brewton, East Brewton and the surrounding communities have had another choice. The After Hours Clinic is located inside D.W. McMillan Hospital, only steps away from the Emergency Room.

Gray Garrett, the director of the clinic and a nurse practitioner said they have the best of both worlds to them. They can treat patients with minor problems, but they still have access to all the equipment the hospital has available. If they need a consult with a doctor, there is one on duty in the emergency room.

“The After Hours Clinic was a dream of mind and a few others at the hospital,” she said. “Chris Griffin, Stacy HInes, Bob Ellis and I talked about it for the past several years and we finally got around to opening in 2016.

“I love my job here at the After Hours Clinic,” she added.  “I actually like coming to work. We provide service that doesn’t compete against the Brewton Medical Center.”

As doctors are ending their work day, the After Hours Clinic opens its doors in D.W. McMillan Hospital. It is open from 4:30 to 11 p.m. on Mondays through Fridays. Weekend hours are from 10 a.m. until 10 p.m. The waiting time for patients are less than it is in the emergency room and the cost is the same as regular office visits. Check out the clinic’s Facebook page for additional information.

Garrett was born and raised in Mobile. She attended St. Paul’s Episcopal School from kindergarten through high school and graduated from there in 1996.

“I always wanted to go into nursing,” she said. “Firstly, my grandfather was an OB doctor and I wanted to go into medicine too, Then I had a terrible accident when I was 15. My family was staying in a condo on the beach and while I was a pedestrian a car smashed into me. I was thrown into the air, fell on top of the car and then to the ground. I was hurt really badly. My head was okay, but my leg was badly broken. I was in a cast for months. I came away from that wanting to become a nurse myself, because there was no reason I didn’t have more damage. I knew that I was left here on earth for a reason.”

“While there I decided to go to grad school and I received my master’s degree in nursing and women’s health practice,” she said. “While there I met and married Kirk Garrett who was working at a law firm in Birmingham.”

The two of them moved to Brewton, Kirk’s home town, and she went to work at the Escambia County Health Department. They soon had two sons, Liles (7) and Joe (6) and in August of 2013 she started the nurse practitioner program graduating in December of 2014 with a second master’s degree as a family practitioner.

“I spent some time working in the ER with Dr. Jimmy Adkisson and we talked about the possibility of an after hours clinic,” Garrett said. “We were able to pull it all together and opened the clinic in 2016. It does not compete with the hospital or the Medical Center. We began our work as the doctors are getting through with their regular hours. In the past, people who needed to be seen after that had no place to go except the ER. We give them a place to go that has less waiting time to be seen and they are only a few steps away if they need a doctor or tests that can only be given in the hospital. I have been given the job that I love and I feel like I have found my place.”

More than half of visits to the ER are for non-emergengies.