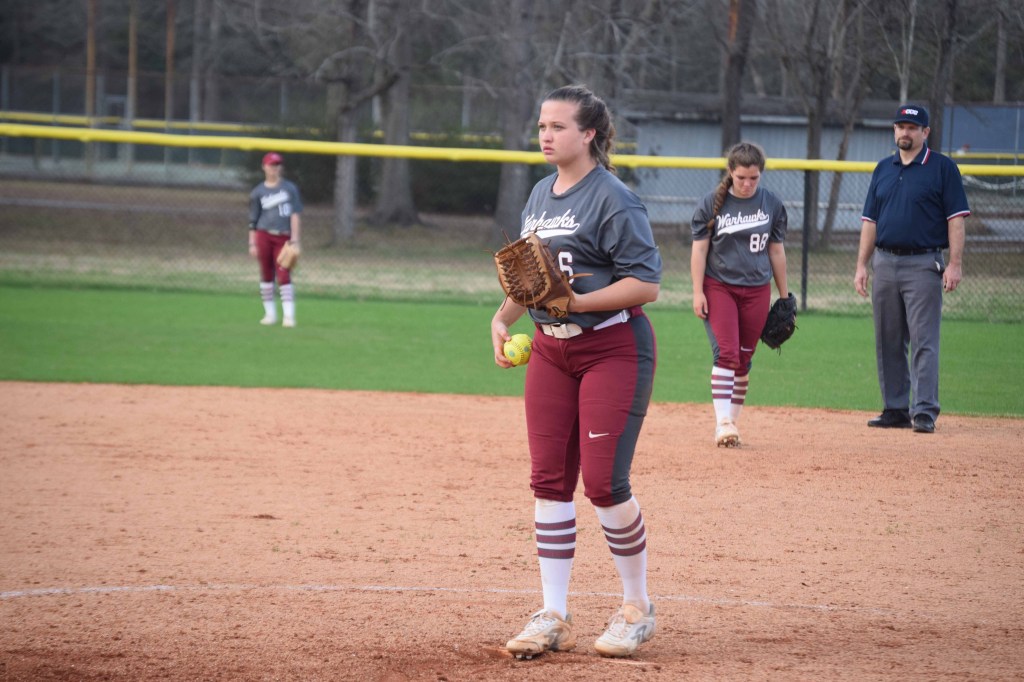 The CACC Lady Warhawks softball team played a double header against Bishop State CC Tuesday defeating them in both games.

In the first game the Warhawks got six runs in the first inning, three runs in the second and two in the fourth to clinch game one. The batters for Bishop had to face Caitlin Schroeder as pitcher. Krystal Cahill led them with three hits, two runs, one run batted in, one stolen base and two doubles.

They combined for 11 runs, 11 hits, nine runs batted in, one walk, 15 putouts and eight assists.

They also played Enterprise State CC and lost the double header 13-4 and 5-2. They are looking to regroup, as they will be on the road Thursday playing Coastal Alabama-North and Sunday against Lurleen B. Wallace CC.