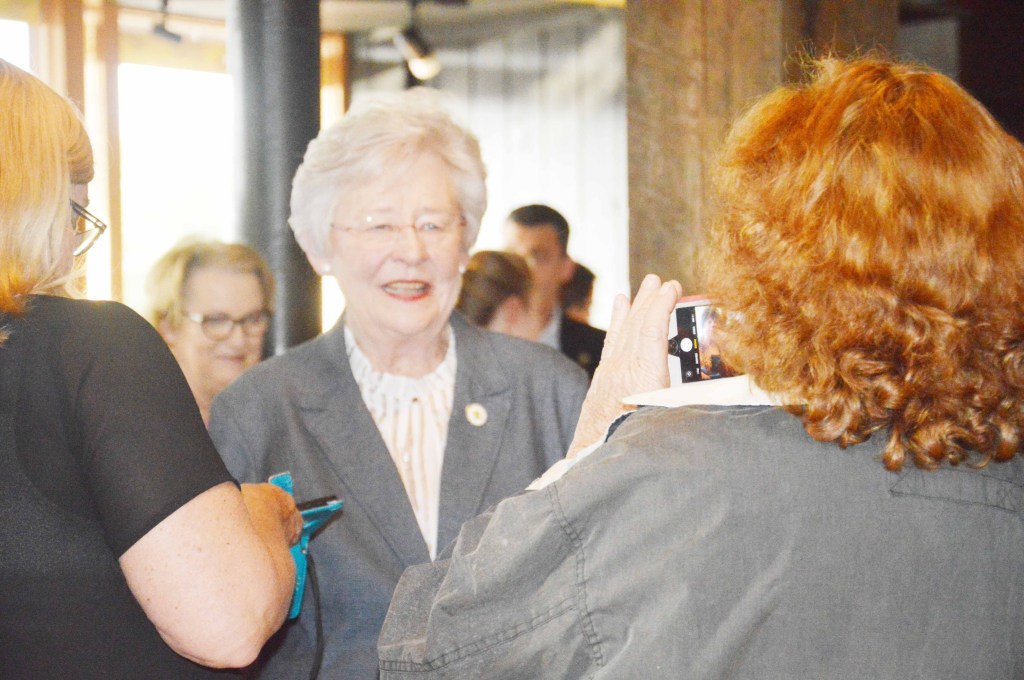 On the eve of the one-year anniversary of Gov. Kay Ivey being sworn in as the 54th governor, she was in Brewton discussing how she’s “steadied the ship.”

“Most governors have three months to prepare, I had three hours,” she said. “I pledged to steady the ship. The state did not have direction.”

She said she’s worked to improve communication between the state legislature and the executive branch.

“That’s important because for quite a while there was a lock down,” she said. “We changed that, and there was evidence of that in the last session.”

Ivey said they began the work in October meeting and finding out what the needs were.

“Do we agree on everything? No. But we disagree agreeably,” she said.

Ivey came to Brewton just hours after a $600 million announcement of a Google data center in Bridgeport, which is “five miles this side of Tennessee.”

She said that was only Google’s second data center to be built since 2007.

Ivey said it’s a great sign that Alabama’s workforce is second to none.

She compared Escambia County’s workforce environment to that of Bridgeport’s.

“Alabama is working again,” she said. “We have more people working today than ever before.”

She said that the state was one of 11 to compete for the Toyota-Mazda plant.

“It’s a feather in Alabama’s cap,” she said. “If we make folks like that happy, others will come.”

Ivey said she also signed the largest middle-class tax break in more than a decade.

The new law raises the threshold for claiming the maximum exception for state income taxes. For married couples filing jointly, heads of households, and single filers, the income threshold would be raised from $20,000 to $23,000. For married individuals filing separately, the threshold would be raised from $10,000 to $10,500. The overall impact of the bill is projected to be a $40 million savings for taxpayers over the next 10 years.

The goals are to teach children to read at grade level by the end of the third grade, offer computer science and coding to middle school students and advanced education for better jobs.