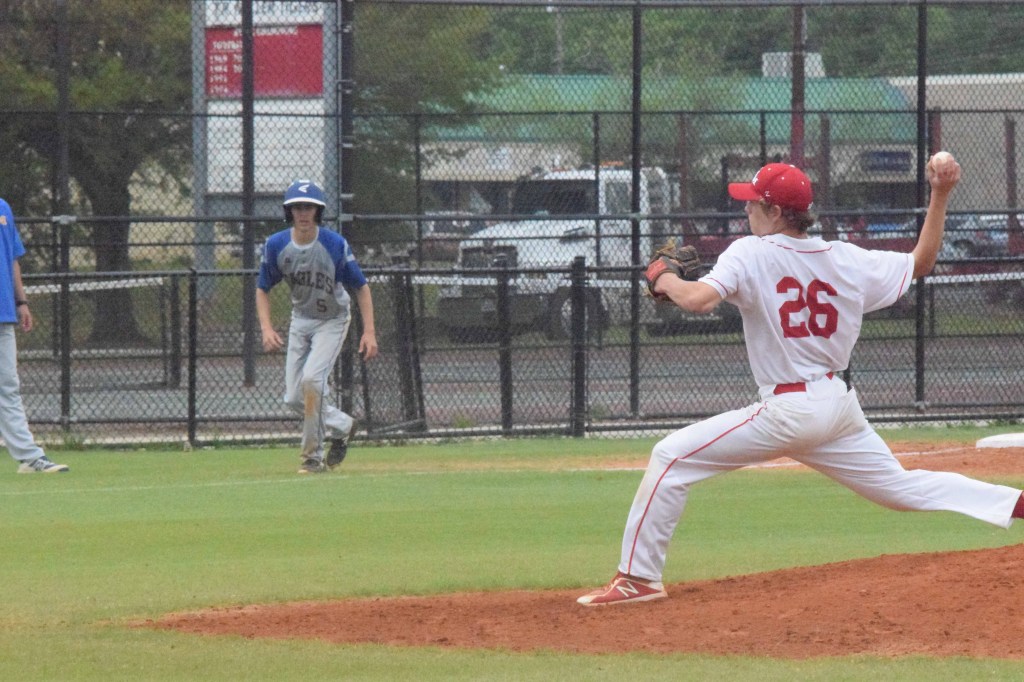 The Battle of Murder Creek continues as the TRM and WSN junior varsity baseball team played a double header yesterday at TRM.

The Eagles came out on top in game one defeating the Tigers 5-1. Then in game two the Tigers and Eagles played a back and forth game with the Tigers winning 5-4.

It was a great game as both teams were playing their best, however WSN just played better in the first game. They had control not allowing Miller to get a run until late in the fourth inning.

The Eagles had five runs in the third and closed the game out with some great defense against the Tigers.

In game two the Tigers played better despite of allowing the Eagles to get two runs in the first inning. The Tigers made adjustments and was able to get three runs in the fifth inning to finish the game.

Kannan Carter had one run batted in and one run. “Brandon Coleman hit the game winning walk off single in the bottom of the fifth inning with two outs, with runners on second and third,” head coach Jeff Waldrop said. Miller won the JV series 4-1.

The Tigers next game will be Saturday against JU Blacksher at TRM at 4 p.m.

The Eagles next game will be on the road Thursday against Excel at 4 p.m.