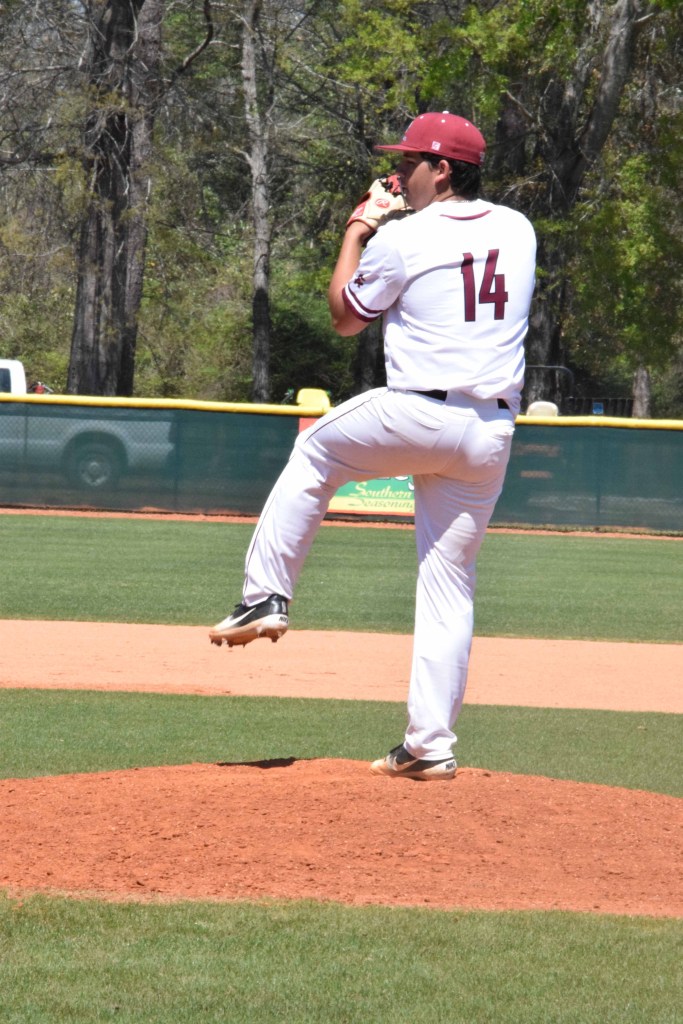 The CACC Warhawks baseball team was in two double headers this past week taking on Lurleen B. Wallace CC Thursday and Friday.

The Warhawks and LBWCC splitted the games 2-2. The Warhawks lost game one on Thursday 4-2, but rebounded in game two winning 10-1. On Friday the Warhawks came to play taking the victory 2-0, but lost the second game 11-1.

They are now 12-29 for season and will look ahead to their next game.

In game two on Thursday, the Warhawks played better and had the advantage over LBWCC. The Warhawks had 12 hits, along with four runs in third inning and five in the seventh.

The Warhawks gave up one run to Matthew Christian for LWBCC who also had one hit.

On Friday in game one the Warhawks went into the gate with momentum on their side as they took the last win that Thursday evening.

Matthew Boswell was on the mound as pitcher for the Warhawks and he pitched well going 3-2. He also had 11 strikeouts.

The Warhawks will take on Elaine P. Nunez CC today at 4 p.m.

The Warhawks remaining regular season schedule will be them taking on Bishop State CC on the 26 and 28 in double headers at 12 p.m. and 3 p.m. Also double headers against Coastal Alabama-South May 3 and 5.