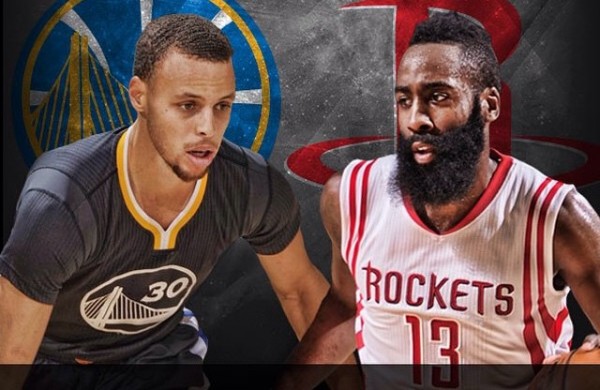 The NBA playoffs have begun and the battle between the Eastern and Western conferences are competitive and intense.

The favorites to win the East is the Toronto Raptors or either the Cleveland Cavaliers. In the West the Houston Rockets are the favorites since they are the No.1 seed and have had an outstanding regular season. However, a lot of people still believe in the Golden State Warriors will still come out the West and win the NBA finals again since they are the reigning champions.

The Warriors is playing without their starting point guard and two-time mvp Stephen Curry who suffered an mcl strain back in March. Curry is expected to return to the line-up in the next round of the playoffs. Right now, super star Kevin Durant, Klay Thompson, Draymond Green and the entire Warriors team are taking care of business and carrying the load for their team as they defeated the San Antonio Spurs in game one Saturday 113-92 and game two Monday 116-101. The Warriors lead the series 2-0.

There is criticism and a lot of disbelief in the Warriors saying do the Warriors have enough firepower to get them to the Western conference finals, and if they do make it can they beat the Rockets. I feel that that can because, despite the Rockets winning the regular game series 2-1. The Warriors will not just give up so easy and they have been to the finals for three straight years. It will be a great series and looking how both teams are great scoring and defensive teams the series may go to a game seven to determine the winner.

The Warriors next game will be Wednesday in the San Antonio building and the Rockets will play again today against the Minnesota Timberwolves as they lead the series 1-0.