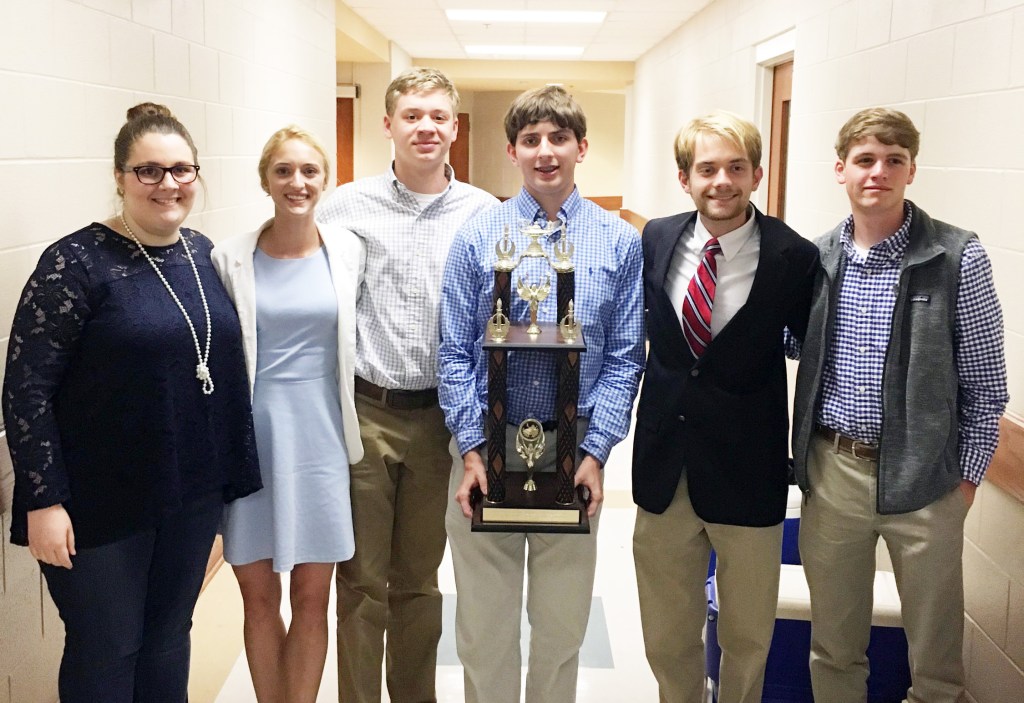 T.R. Miller High School has another group of state champions walking its halls.

They defeated Altamont, a perennial state qualifier and former state champion, by taking the first two of the best of three in the state finals in Division 2, which includes 1A through 4A schools.

“Matthew Bishop was the high scorer in Division 2 in state,” sponsor Julie Clements said. “I’m so proud of my students. These students take time to practice on their own time – at 7 a.m., twice per week and they stay late twice a week.”

Clements said the team worked efficiently as a team.

“They started in October and worked hard all the way to the championship,” she said.

The team was led by captain Bishop and Nelson manages the team.

T.R. Miller belongs to ASCA, a state association, that allows schools to compete at the district, region, and state level. Schools, as they compete, are not divided by 1A-7A, magnet, or private. At these ASCA meets, Miller must compete with all types of schools.

When it comes to the state finals. the competition is divided into two divisions with Miller now being in Division II (1A-4A).

As part of the Alabama State Competition Association, T.R. Miller has:

• Starting back in 2005, ASCA created a Small School division to allow only 1A-4A public schools to compete. T.R. Miller has:

In 2013, ASCA started a State Championship of Small Schools from the Region Winners and Runner Ups. T.R. Miller has: