To clock or not to clock, that’s the question 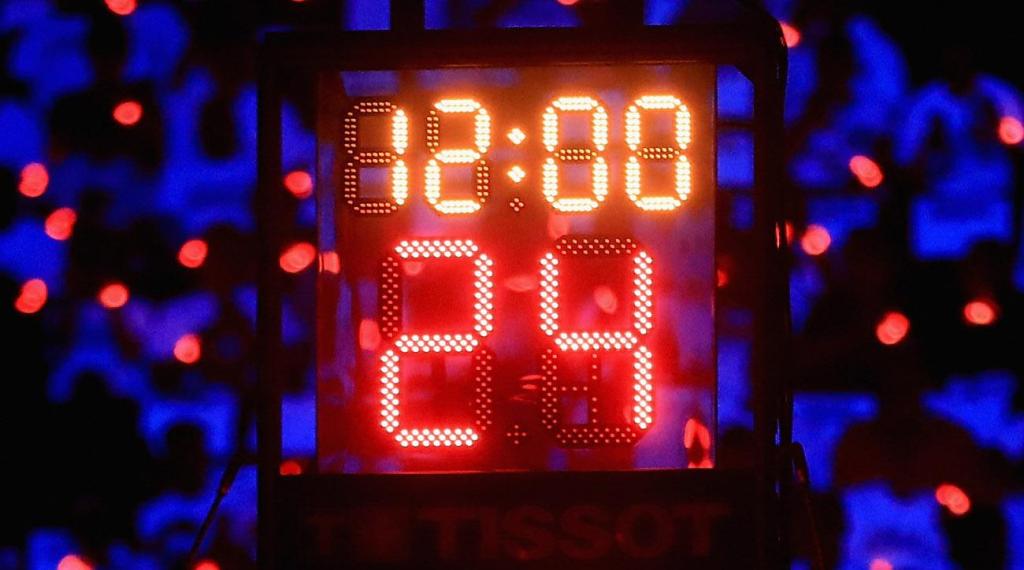 Time is ticking down what you should do in a crucial situation when your team is in jeopardy of the ballgame.

There is talk about how high schools should add a shot clock to the game of basketball.

There seems to be a sense of impatience from the crowd when a team decides to just dribble the game out.

Coaches call it strategy, but some say it’s boring to just dribble the game out. There are some high schools that do have a shot clock. California, New York, North Dakota and Washington use them.

I can understand that having a shot clock can make the game more interesting and intense on the kids but is it needed is the question. A few people believe it should be different from college and professional level.

My thoughts on it is if you do add a shot clock it can prepare the kids who might get a scholarship to play college ball.

They will know what to do and how to act at that moment when they see the shot clock is about to expire.

More than 67 percent of coaches want the shot clock, because they just don’t like the fact that teams just hold the ball in a close game.

I like to see good teams battle head to head especially in a rivalry game those are the best games.

I feel the ball should only be held in a situation like that if the game is tied and you take the final shot.

However, it can also be bad because one bad shot or turnover can cost you the game.

So having the shot clock does have faults as well.

The game of basketball is rapidly changing because you have players who rather take three-point shots instead of an open lay-up depending on the coach.

So, I will ask again, shot clock or no clock.

I say, no shot clock.

– Joshua Easley is a reporter for the Brewton Standard. He can be reached at joshua.easley@brewtonstandard.com