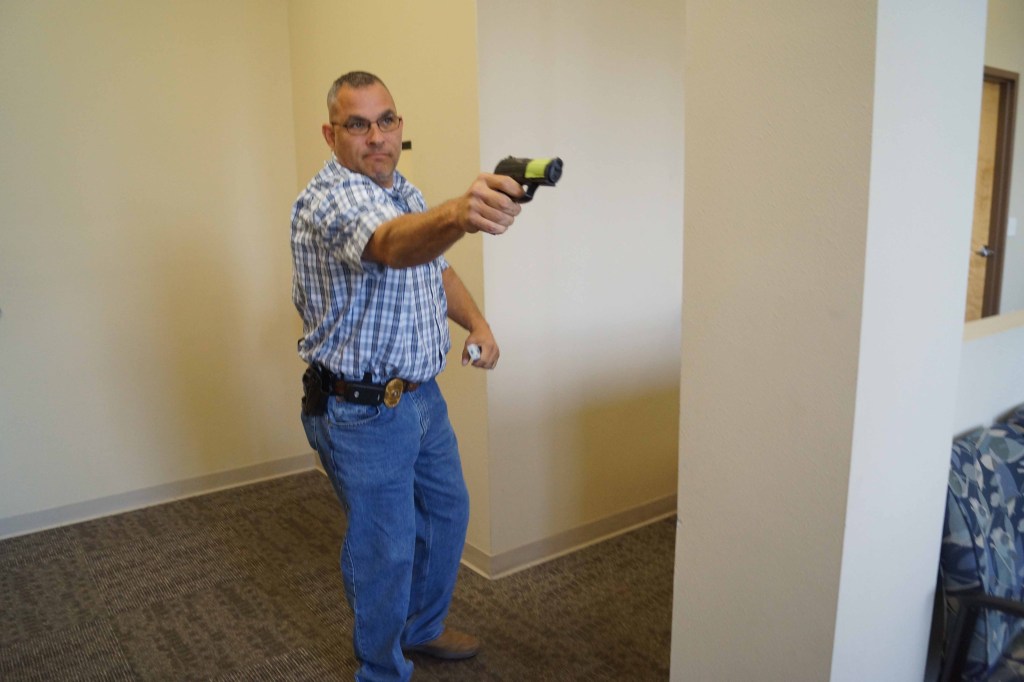 Jason Daniel, marketing director at D.W. McMillan Memorial Hospital, said they chose to do an active shooter drill at Flomaton Medical Center because of the recent activity nationwide regarding these types of events.

On March 18, two employees were shot when a gunman opened fire inside UAB’s Highlands campus.

In September, a man shot and killed his mother who was a patient at Dartmouth-Hitchcock Medical Center in Lebanon, N.H.

“We had not done a drill in a few years in Flomaton and decided to coordinate with the Flomaton Police and Fire departments to use this as a training scenario that would benefit everyone,” Daniel said.

Daniel said the drill was in two parts.

The first, an active shooter drill at Flomaton Medical Center.

The second part was the influx of patients to the hospital from the shooting.

“This was an internal only drill with D.W. McMillan and DW McMillan EMS,” he said.

Daniel said they were able to take some things from the drill.

“As expected, we were able to learn a few things, make corrections that will be of positive impacts going forward, as well, as arm our staff and local officials with the knowledge needed just in case something like this were to ever happen,” he said.