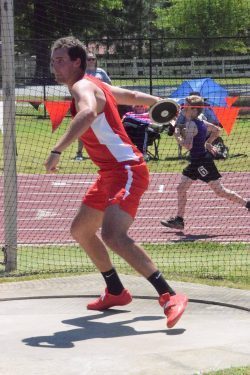 The TRM Tigers secured their spot at the state track meet with first and second place finishes at sectionals.

The T.R. Miller Tigers had an outstanding turnout in the track meet sectionals Friday and Saturday as they prepare for the state meet in Cullman Alabama.

The Tigers completed the meet with a combine effort from both boys and girls of 33 top-three finishes.

WSN’s Ashley Gibson placed second in discus with a result of 83-03.00

“We had a great production in this weekend’s meet from both boys and girls”, head coach Eddie Brundidge said. I’m upset about our boys’ coming up short by six points, but overall I feel we have a great chance to be champions again this year.

“The competition is going to be high, so we are going to make sure our kids will be at their best. Brundidge said, “Everyone has to be perfect now, We are the point where it all counts.”

The Tigers will travel to Cullman Friday and Saturday and the meet will start at 8 a.m. both days.

Brothers reunite as NFL players for the Seattle Seahawks