Booker saves the day for USA 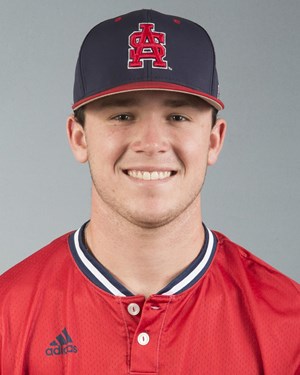 In a game against Arkansas Little Rock, he pitched two scoreless innings to get the save and win for his team.

When he was at TRM, he was named class 3A first-team all state in baseball the Alabama sports writers association as a junior and senior. His batting percentage was .423 with ten homeruns while recording 219 strikeouts on the mound.

“He had talent athletically in other sports other than baseball, but he is doing well,” David Jennings said. Joseph at 15 made a big jump at how he just carried himself, because as he matured you could see him becoming an elite athlete.

For the season Booker has pitched a season high 4.2 innings and had eight strikeouts. Jennings said, “I saw a lot of growth in him and how he approached the game mentally.” The bigger the moment the bigger his performance will be.

“He’s a tough kid and I will never forget how formidable he was at TRM. He was fun to watch and not just on the field, but in the classroom to being an honor student,” Jennings said.

“Booker biggest support group is his family. The kid is humble, and always been grounded to the way he been raised. USA is lucky to have him,” Jennings said.