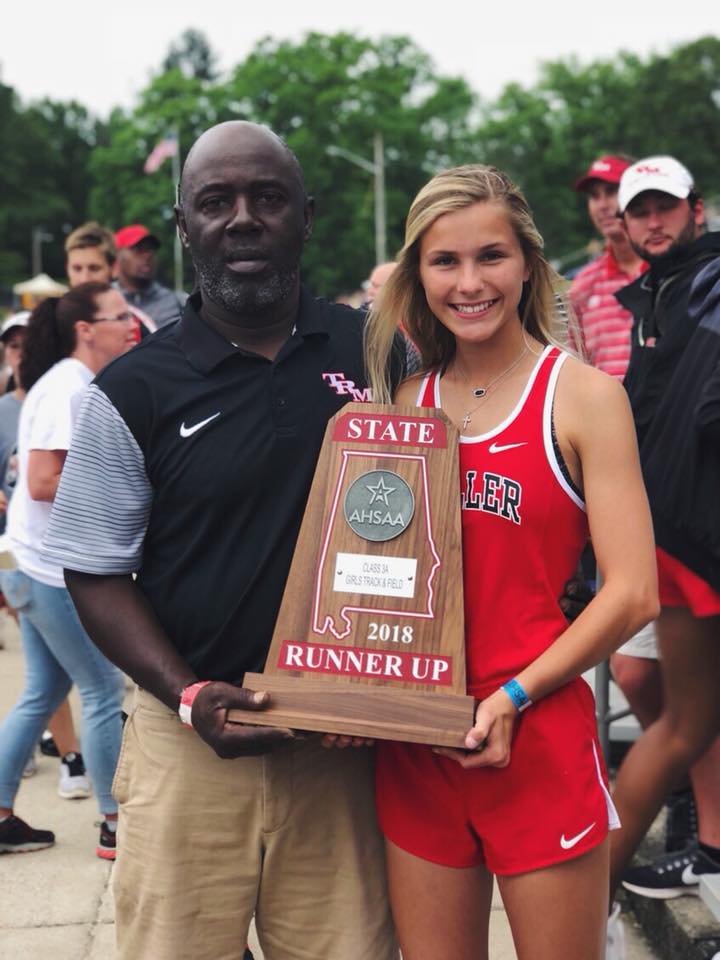 The T.R. Miller track and field team closed out the season overall with the girls’ coming out as the runner up in the championship state meet in Cullman. The boys finished sixth place overall.

TRM brought home five individual state champions on Saturday. The Tigers dialed in as they were focused on winning big in the championship meet, but came up short.

For the boys, Rider Jernigan placed sixth in the boys 3A 3,200 meter-run.

“I was well pleased even though we had a couple mistakes with the girls didn’t come through as I thought,” head coach Eddie Brundidge said. “The effort was great, we would like to have won but anytime you come in a top three place that’s something special.”

The first place winner was American Christian Academy for girls and boys. Brundidge said, “ACA is a good team where they didn’t make mistakes, but we did however, our kid’s do their best at state and I am well pleased and proud of their hard work and dedication.”

“Blackmon really came on strong in this last year, and Valerie Samuel did great scoring all four of the events she was in,” Brundidge said.

“Also our boys did a good job as well,” Brundidge said. Jalen Walker did great in long and triple jump. Jernigan, Tanner Mitchell and Jordan Delawrence also did well for us this year.

“Big thanks to Kim Flores, coach Ron Atkinson and coach Benson Stonich. I can’t thank them enough for the support and work they do helping me out with kids here at TRM,” he said.