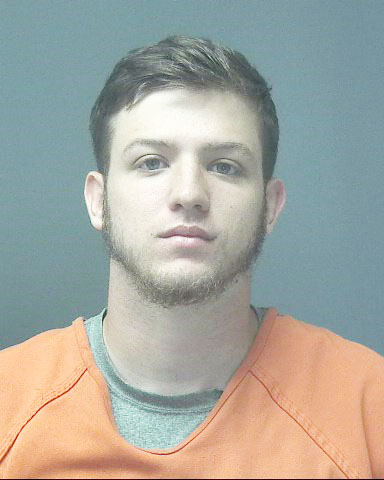 A W.S. Neal student is facing charges of computer tampering for his alleged part in a grade changing issue at W.S. Neal High School.

Matthew Hutchins, 18, was booked into the Escambia County Jail on Tuesday and held on a $5,000 bond.

Computer tampering is a felony in Alabama.

Superintendent John Knott said he could not comment on the arrest portion but said that school officials and the state department of education are working tirelessly to get records in order to be able to announce a Top 10 by graduation Tuesday night.

Nearly two weeks ago, Knott confirmed that WSN administrators found discrepancies where grades on report cards did not match transcripts.

Knott said the discrepancies were found when school officials were finalizing the Top 10 students for the Class of 2018.

“We began to address the discrepancies and have determined that some changes were made,” Knott said.

Knott reported the issue to the state department of education and additional manpower and resources have been brought in to help resolve the matter.

It is still unclear how many students grades were affected.

Family members maintain Hutchins is not guilty in the situation.

The Brewton Standard went to press before the rally.