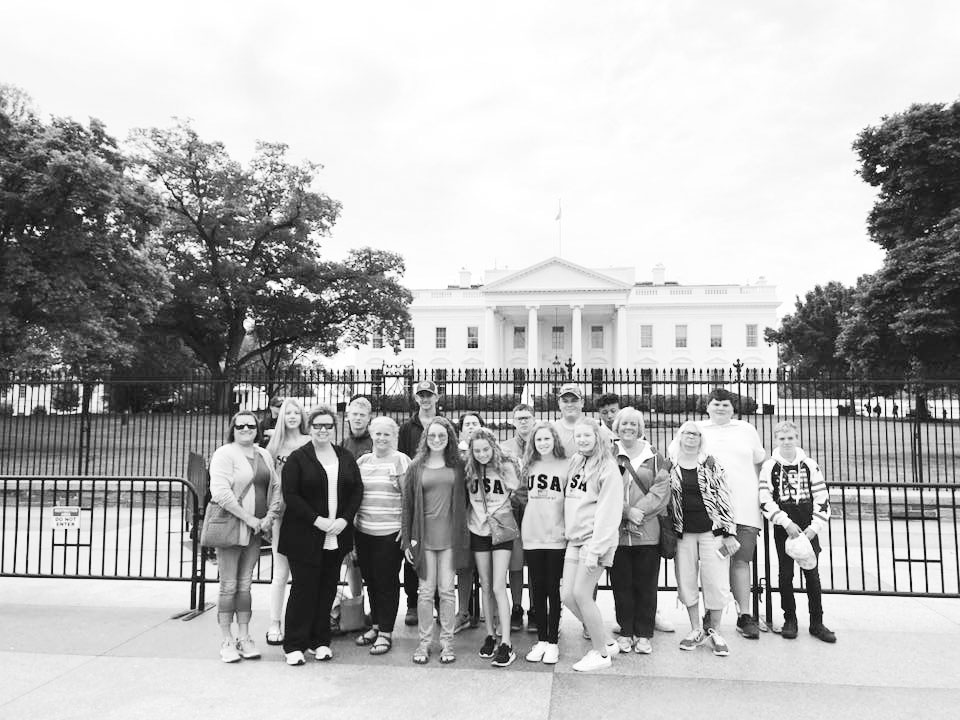 The group was made up of 13 students and six adults, WSNMS Principal Dr. Laura Leigh Rambach said.

“ The guided tour included touring the capital building, Arlington Cemetery, several memorials, Mount Vernon, Smithsonian Museums, and Ford’s Theater,” she said. “ My favorite landmark was visiting the Ford Theater. The tour guide told a story from the perspective of a Union soldier who shot John Wilkes Booth. The tour was very rich in history and helped the students understand the history of our country.”

John Braxton Rhodes was one of the 13 students who attended trip.

He and mother, Susan, traveled to Washington, D.C.,a day earlier than the rest.

The Rhodes had the opportunity to stay at the Trump Hotel in D.C.

“We were able to go to the White House,” Susan Rhodes said.

Rhodes said he was particularly excited because he’s into politics and American history.

Having the opportunity to stay at the Trump hotel was also cool for him.

Rhodes helped pass out signs for President Donald Trump’s campaign when it made a stop in Pensacola.

Rhodes said they got to see a production of “Hamlet” at the Kennedy Center.

“I’ve always liked D.C. I always liked the feel being in the capitol and places of historic value. I follow politics,” he said. “If I had to choose my favorite part of the D.C. trip, it would be the White House tour because I was able to witness historical rooms paintings and artifacts and get to see some of my most favored presidents who have lived there such as Ronald Reagan, John Fitzgerald Kennedy, Franklin Delano Roosevelt and others.”