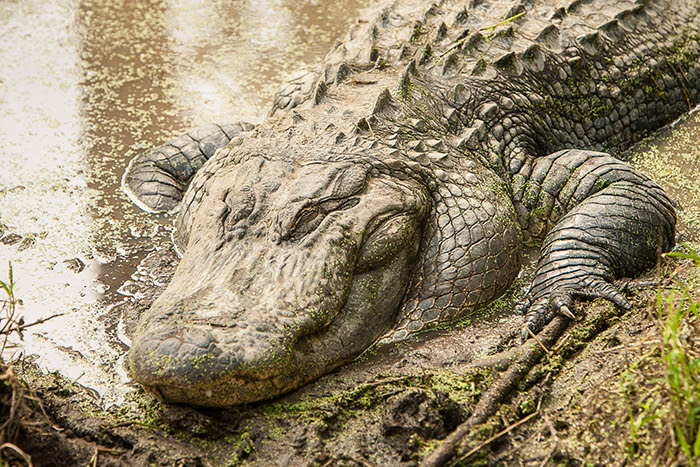 The Alabama Department of Conservation and Natural Resources (ADCNR) will open online registration for the state’s 13th annual regulated alligator hunts on June 5 at 8 a.m. Registration must be completed by 8 a.m., July 11. A total of 260 Alligator Possession Tags will be distributed among four hunting zones. The administrative fee to apply for an Alligator Possession Tag is $22 and individuals may register one time per zone. While the tag is free, the selected hunters and their assistants are required to have valid hunting licenses in their possession while hunting.

To register for the 2018 alligator hunts, visit www.outdooralabama.com/alligators/alligator-hunt-registration during the registration period listed above.

Hunters will be randomly selected by computer to receive one Alligator Possession Tag each (the tags are non-transferable). The random selection process will utilize a preference point system. The system increases the likelihood of repeat registrants being selected for a hunt as long as the applicant continues to apply. The more years an applicant participates in the registration, the higher the likelihood of being selected. If an applicant does not register for the hunt in a given year or is selected and accepts a tag for a hunt, the preference point status is forfeited.

Applicants can check their selection status after 12 p.m. on July 11. Those selected to receive a tag must confirm their acceptance online by 8 a.m., July 18. After that date, alternates will be notified to fill any vacancies. Applicants drawn for the hunt must attend a mandatory, zone-specific Alligator Training Course provided by the Alabama Wildlife and Freshwater Fisheries Division. If hunters have attended a previous training course for their selected zone, they may be exempted from this requirement.

If selected for an Alligator Possession Tag at two or more locations, hunters must choose which location they would like to hunt. The slot for locations not chosen will be filled from a list of randomly selected alternates.

Hunting zones, total tags issued per zone and hunt dates are as follows:

An 8-foot minimum length requirement is in effect for alligators harvested in the Lake Eufaula Zone. There is no minimum length for hunts in the other zones.

Hunting hours are official sunset to official sunrise in the Southwest, Southeast and West Central Zones. For the Lake Eufaula Zone, hunting is allowed both daytime and nighttime hours. All Alabama hunting and boating regulations must be followed.

The American alligator (Alligator mississippiensis) is the largest reptile in North America and can exceed 14 feet in length and 1,000 pounds. Known for its prized meat and leather, the species was threatened with extinction due to unregulated harvest during the 1920s, 30s and 40s. No regulations existed in those days to limit the number of alligators harvested. In 1938, it is believed that Alabama was the first state to protect alligators by outlawing these unlimited harvests. Other states soon followed and, in 1967, the U.S. Fish and Wildlife Service placed the American alligator on the Endangered Species list. By 1987, the species was removed from the Endangered Species list and the alligator population has continued to expand. Its history illustrates an excellent conservation success story.