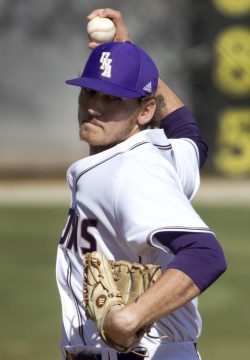 Joyner is also a two-time Gulf South Conference Pitcher of the Year and finished the 2018 season with an 8-5 record that included a 3.15 earned run average and 111 strikeouts in 105.2 innings pitched.

Joyner was also selected first-team All-South Region in 2017 as well by the NCBWA and the Division II Conference Commissioners Association and just last Wednesday he was announced as the CCA All-South Region first team.

“We are proud of him, proud of his hard work and his work ethic,” Misty Joyner said.

“His character is the main thing that we are proud of him about,” Howard Joyner said. “Playing little league, high school or college it didn’t change who he was and that’s what we love most about him.”