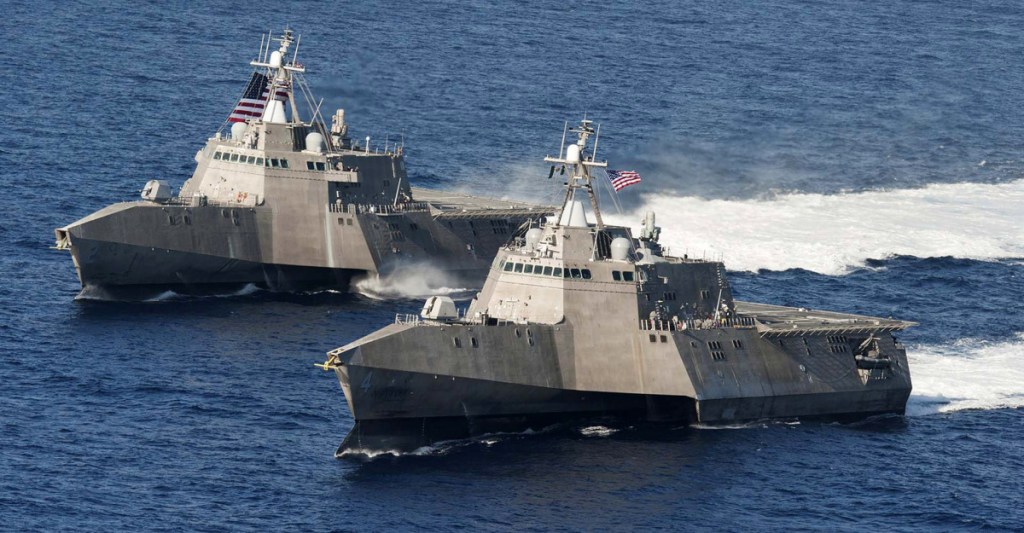 Washington, D.C. – May 24, 2018 –  On Thursday, the House of Representatives passed the National Defense Authorization Act (NDAA) for Fiscal Year 2019, a bill which Congressman Bradley Byrne (R-AL) says brings good news for Alabama. Byrneserves on the House Armed Services Committee, where he is Vice Chairman of the Seapower Subcommittee.

The NDAA sets policy and authorizes funding for the entire United States military, and it must be passed each year.  On May 10, 2018, the NDAA passed out of the House Armed Services Committee by a strong bipartisan vote of 60 to 1.

Congressman Byrne said: “The passage of the NDAA for Fiscal Year 2019 is imperative to the rebuilding and strengthening of our nation’s military.  These necessary reforms will increase overall military readiness and give our servicemen and women the resources they need to keep our country safe.

“Also important this bill has a huge impact on Southwest Alabama by authorizing the construction of three Littoral Combat Ships (LCS).  This is good news for the 4,000 workers employed at Austal shipyard in Mobile and even better news as we work toward our goal of building a highly capable 355-ship Navy fleet.

“This year’s NDAA sends a message to our friends and our adversaries that America is back, and that while we prefer peace, we will not hesitate to do what is necessary to defend our country and protect our interests.”

This year’s National Defense Authorization Act is focused on reforming and rebuilding the military. Among the many important provisions, the bill: