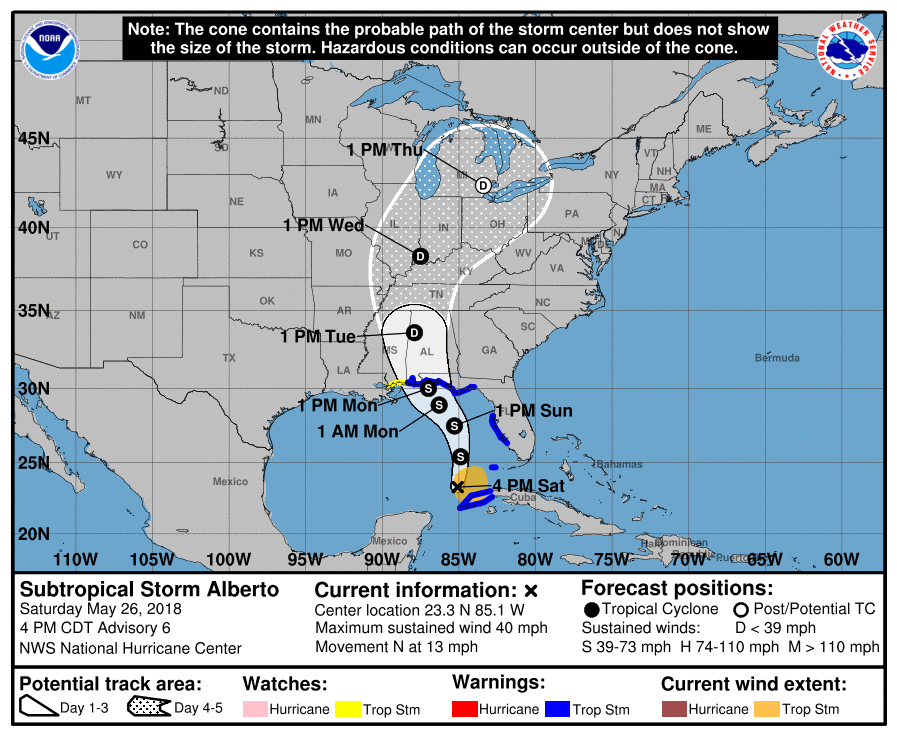 “Confidence is increasing in the accuracy of the forecast,” he said. “Please not that the area included in the flash flood watch and the area included in the extreme flash flood threat has been extended to include a large area to the north and east. This area includes most, if not all of the river and stream basins for Big Escambia Creek, Little Escambia Creek, Murder Creek, Burnt Corn Creek, and the Conecuh River. The area could possibly see 6 to 12 inches of rainfall, with localized higher amounts (maybe even double these amounts). This increased the likelihood the we will see flooding conditions on these waterways. This could mean flooded roadways.”

Adams said residents who must drive should use extreme caution.

“If water covers the roadway or bridge, turn around and find another route,” he said. “It only takes about 6 inches of fast moving water to float and move a vehicle. You cannot see what is or is not under the water. The road way, culvert or bridge may be washed away. It’s not worth the chance to try to cross it, you will endanger you, your family and the first responders that will be called to assist. Swift-water rescue is very dangerous and not always successful.”

Key points from the National Weather Service residents should know include:

too far since early).

The same counties are also under a storm surge watch.

NWS has issued the following evolution and impact windows: