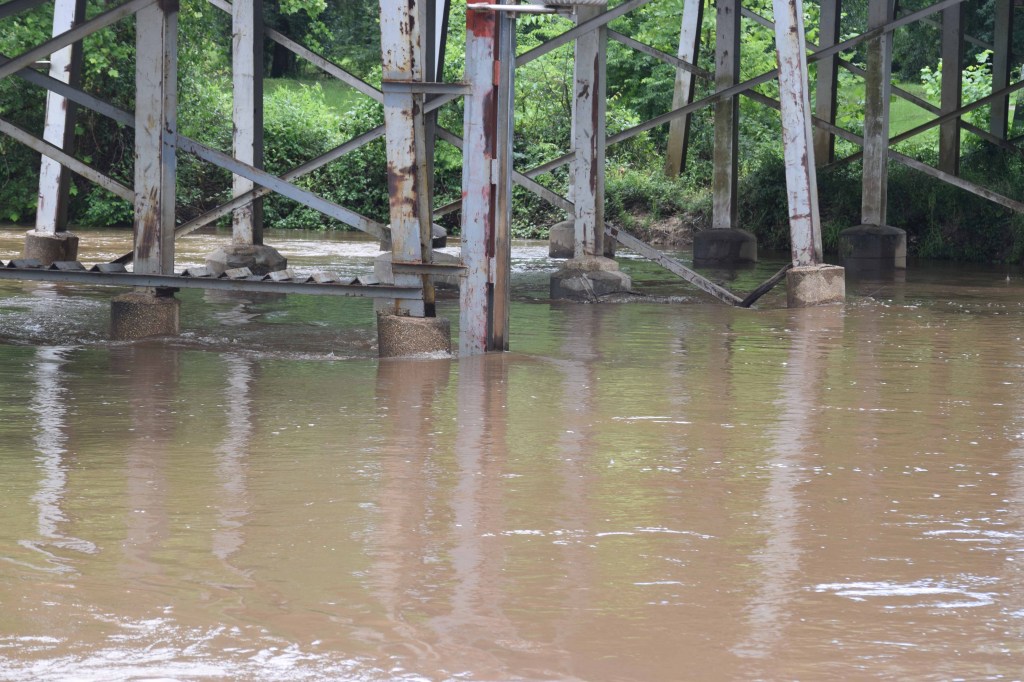 Subtropical storm Alberto’s center passed about 30 miles to the east of Brewton on Monday.

Megginson said the Conecuh River is rising, but doesn’t expect it to become a problem.

The creek levels are up, but since the area will be in a normal weather pattern over the next week, locals shouldn’t see flash flooding.

“We will likely see our normal pop-up showers,” he said. “With Alberto’s center going 30 miles to the east of Brewton, that put us on the western flank of the storm. That side typically doesn’t have as much rain, flooding and hazardous conditions.”

Megginson said the flash flooding is over with for now in association with Alberto.

“We have an all-clear from Alberto,” he said.

According to the National Weather Service, the Conecuh River at Brewton was at 13.52 feet just after lunch on Tuesday. The river is expected to crest at 24.6 feet between Friday and Saturday.

Escambia County EMA Director David Adams said no injuries or damages from Alberto were reported to his office.

“Rainfall amounts were significantly lower than forecast,” he said. “Ranging from .75 to 1.5 inches in the west end of the county to 3 to 5 inches in the extreme northeast portion of the county. These figures are from radar images and will vary from the actual totals. There will some people reporting their rain gauges showing more or less than these amounts.

Currently Burnt Corn Creek is at 4.83 inches and still rising, but the River Forecast Center does not predict reaching flood stage at this time,” Adams said. “Murder Creek is at 12.23 inches and rising, the forecast crest is at 20 feet during the day tomorrow. Flood stage is 22 feet.”