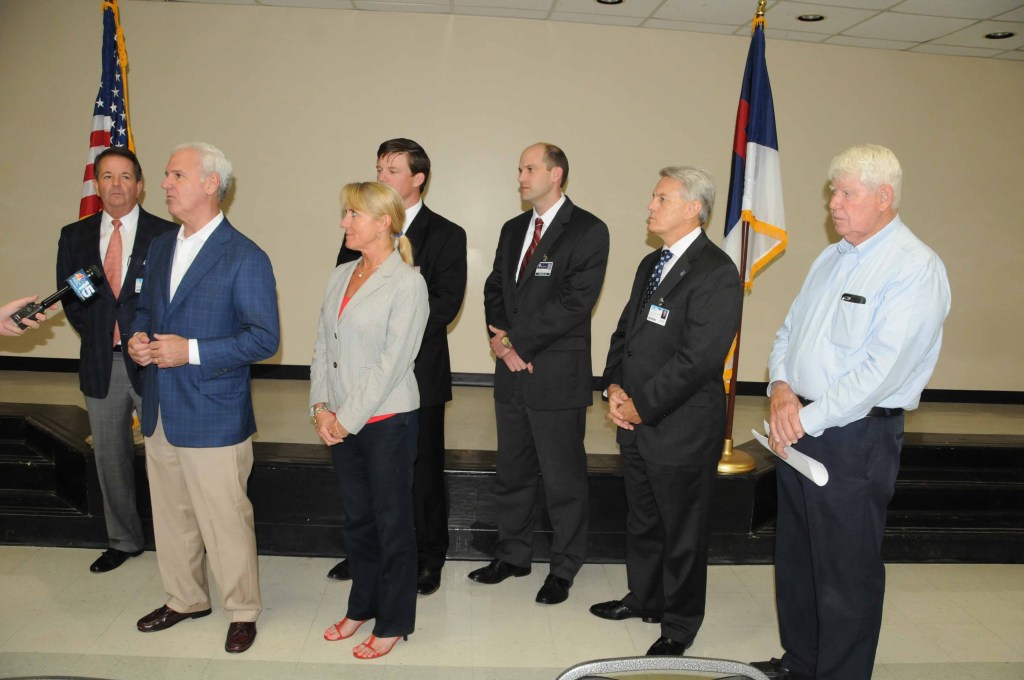 Byrne led a town-hall like discussion about the issues hospitals are facing, and said in a press conference afterward, that closing a hospital in any community would be devastating.

Additionally, Byrne spoke about the Medicare Wage Index, a program created in the 1980s that determines how much hospitals are reimbursed by the federal government for care, and how it is hurting hospitals in rural areas and around the state.

At present, Alabama has the lowest Medicare reimbursement rate in the country. The state’s hospitals are reimbursed as much as 21 percent below the national average.

According to the Alabama Hospital Association, 96 percent of the state’s land mass is rural, and 52 of the state’s hospitals are considered rural. From 2011- 2017, six rural hospitals closed in the state.

ACH Administrator Doug Tanner said hospitals are asking for an adjustment in the calculation intended for the Medicare reimbursement depending on the geographic area the hospital is located.

“It’s inequitable, but it’s unfair,” Tanner said about the higher reimbursement rate for other states. “When you look at the fact that our population is aging, especially in a rural area like this, every day more and more qualify for Medicare. That’s not going to end for a while.

“When you start to look at younger people, it becomes more volatile that we need to be compensated somewhere more comparable close to provide that care,” he said. “It’s not an easy issue. I think the Congressman (Byrne) painted that picture today of some of the political gyrations you go through to make this happen.”

Byrne said Congress is working on language to help make changes, and the head for the Center of Medicare and Medicaid Services is requesting feedback from hospitals on this issue.

On an economic level, rural hospitals provide a big impact for communities as they attract businesses and industry, account for $552 million in annual payroll benefits and 11,283 Alabamians are employed by rural hospitals, according to the AHA.

Tanner said the AHA has a service that determines what economic impact ACH has in Atmore. He said on an annual basis, the hospital has a $148 million economic impact on the community.

At present, ACH and its three clinics and home health agency employs between 225-250 people.

Griffin said the wage index issue is an old issue, and that it doesn’t make a whole lot of sense for a hospital in Jay, Fla. to receive more in reimbursement than in Brewton for the same type of care.