HANGING UP HER WHISTLE 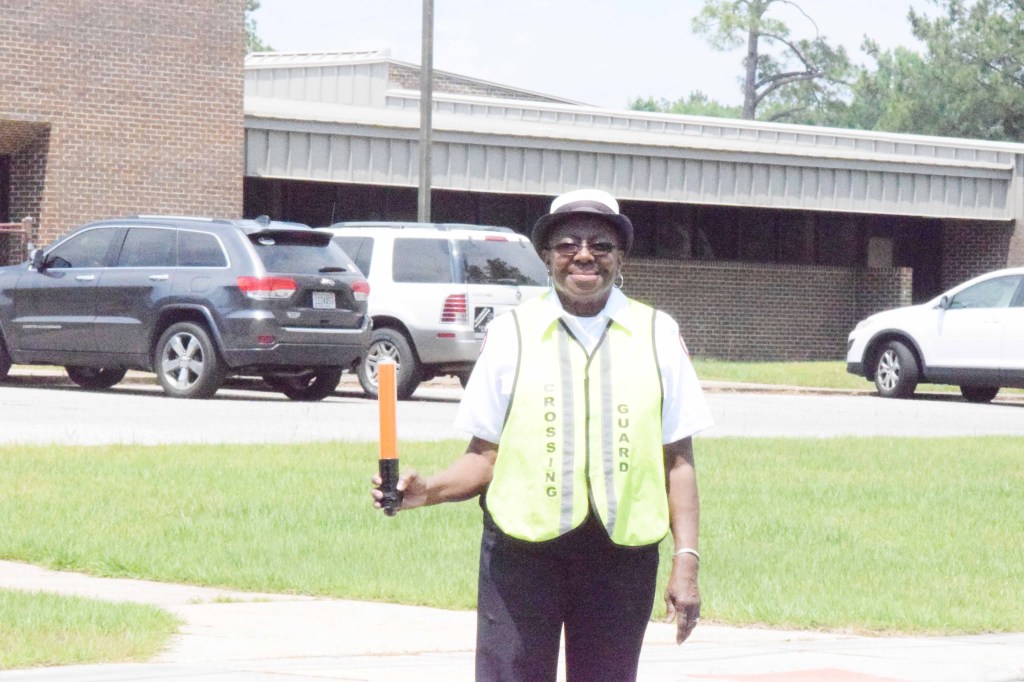 When school begins next year, there will be one crossing guard that will not be present.

Mamie Hamilton has decided to hang up her whistle and the special orange vest she has worn for the past 20 years. She has danced her way into the hearts of many children who have attended Brewton Elementary School.

“People think that my dancing and waving my arms around is just part of directing traffic,” she said. “The truth is that I started those moves in an effort to stay warm. It gets pretty cold out there and I have to do something to keep from being so cold. Soon the children were asking me to direct traffic that way. It just sort of happened.”

“Like everything else, all good things come to an end,” she added. “I think it is time to retire. I don’t move as quickly as I used to and I don’t want to be killed directing traffic. I can truly say that I’ve enjoyed my 20 years as a crossing guard.”

Hamilton was born and raised in Brewton. She graduated from high school at Booker T. Washington and then attended Jefferson Davis Junior College for two years, getting her associate’s degree in computer science.

She is married to Homer Hamilton, a retired school teacher, and between them they have eight children. They now have eight grandchildren and one great-grandchild.

After working at several jobs, she saw an ad for crossing guards and decided to check it out. That was in 1998 and she has been directing traffic every since.

“I’m looking forward to the next chapter of my life,” she said. “I’ll spend some time visiting my children and grandchildren. I also want to spend some time working in my garden. I thank God every day for keeping me in my right mind with a reasonable portion of health and strength.

“I’m glad all this is done at the end of the school year,” she added. “I’ll have all summer to get used to not having to get up so early each day.”