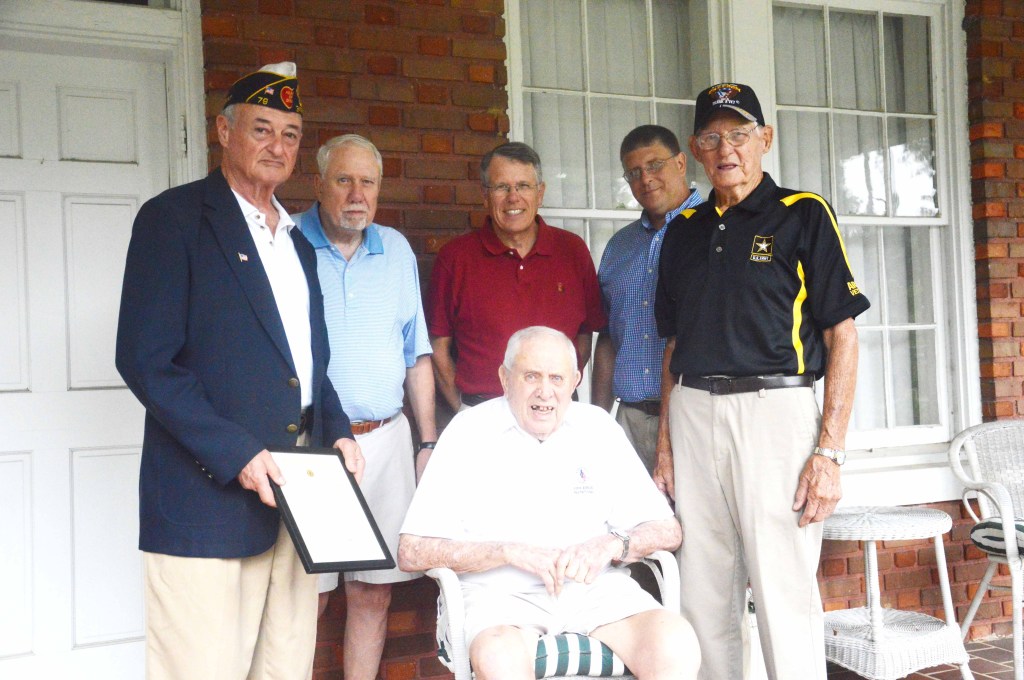 All gave some. Some gave all.

Joe Dozier and others gathered to celebrate Bryne’s accomplishment.

Bryne’s sons, Brad and Chip, spoke for the older Byrne saying he joined the military at the age of 16.

Scotty was deployed to North Africa and Italy during the war as part of the 88th Division Blue Devils in World War II.

He was injured in the war and received a Purple Heart.

He returned to Brewton and finished his secondary education at T.R. Miller and played football.

Byrne went on to be a two-sport athlete at the University of Southern Mississippi, and later became the first athlete in the school’s history to be inducted into the hall of fame for both sports.