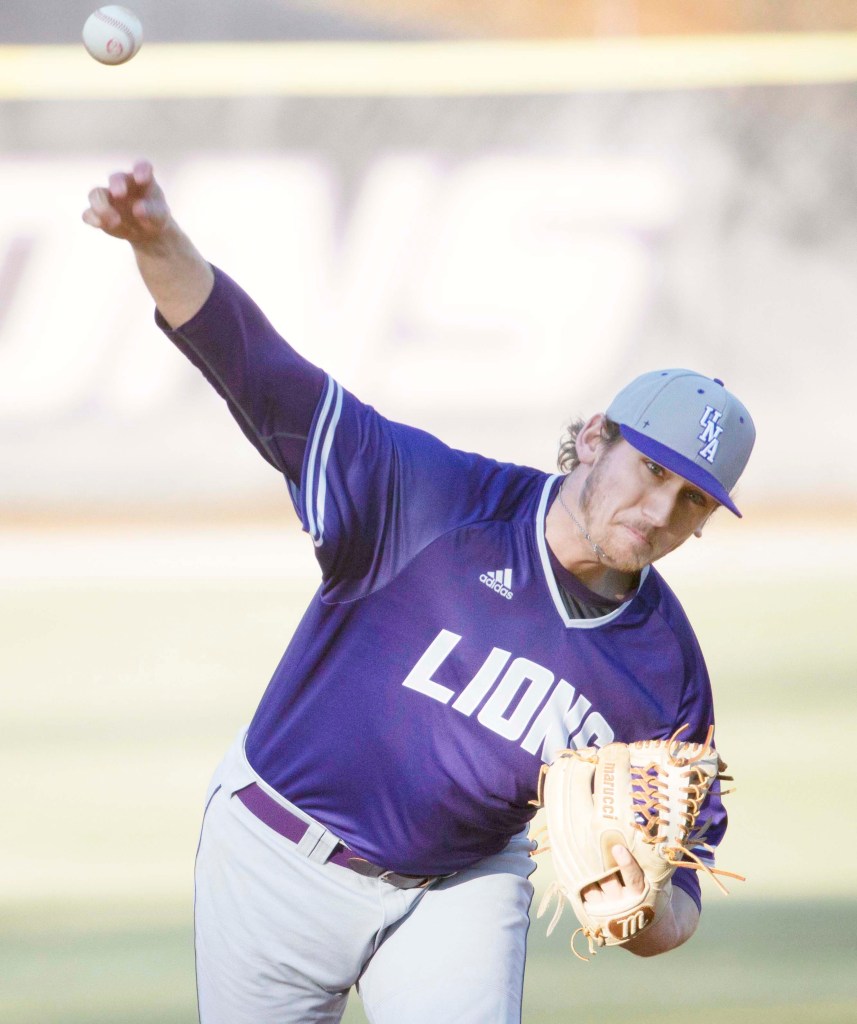 Word spread like wildfire Wednesday that East Brewton’s Tyler Joyner was drafted by the Baltimore Orioles.

Joyner went in the 30th round, 385th overall in the draft to the Orioles.

Locals quickly shared though social media the achievement of one of their own. Joyner played two seasons at Jefferson Davis CC (now Coastal Alabama CC) under Darell Blevins before playing two years at the University of North Alabama. (See Page 11 for related story).

“We are extremely happy for Tyler and his family; we are proud for him and his chance to move forward into professional baseball,” Blevins said.

“This is a special young man that I witnessed come in as a freshman and developed not only as a pitcher but as a young man. He took an opportunity here and worked hard everyday to put himself in a position to move forward.”

Blevins has kept up with Joyner since he went to play at UNA.“It was exciting to be able to follow his progress every week while he was at the University of North Alabama,” he said. His work ethic, competitiveness and passion for the game that he would be productive for their program. Now, the Baltimore Orioles gets to experience the blessing of having a man like Tyler Joyner in their organization. It is a lot of fun when you can just be associated with a young man like Joyner and a family such as the Joyners and get to see that dreams really do come true.”

Long-time friend Brandon Carmichael applauded his buddy. “As a friend, I have known Tyler since we were 10 years old, and we grew up playing on the same team together. So, it was easy to see his drive and work ethic develop every day,” Carmichael said.

“He’s an excellent ball player, but even an even better person. I text him the day before he was drafted, asking if he was waiting for that phone call, and we both knew it was a matter of time.”

Carmichael said he was proud to say he know he’ll cement his name in the big leagues.

Former teammate Taylor Elliot echoed Carmichael’s sentiments. “As a teammate I enjoyed playing shortstop or second behind him because I knew every game he pitched we had a chance of winning,” Elliot said.

“Tyler and I have been friends since third grade, and we really became close friends when were 11 on the Yankees little league team.”

Babe Ruth coach David Jennings knew Joyner when he was just a boy.

“He makes the people around him better, and it shows that your dreams can come true but there are no shortcuts,” Jennings said.

Jennings said, “He had one idiot for a coach who had him pitch 14 innings with an additional seven innings in a 16-hour period at 12 years old. That idiot was me. I’m blessed to have been in his small circle.”

“He always put in the extra work to better himself, but that’s credit to him and his parents,” Campbell said. “His dad has always been there pushing him from little league to now.”

Campbell said, “Tyler will continue to successful. It was a pleasure to have been able to coach a player and person of his character.”

Joyner also worked hard on his job when he use to work for the YMCA with Steven Dickey.

“He has a great work ethic, never complained and good as a player he was he’s even a better person. The Orioles probably haven’t drafted a player as good as Joyner,” Dickey