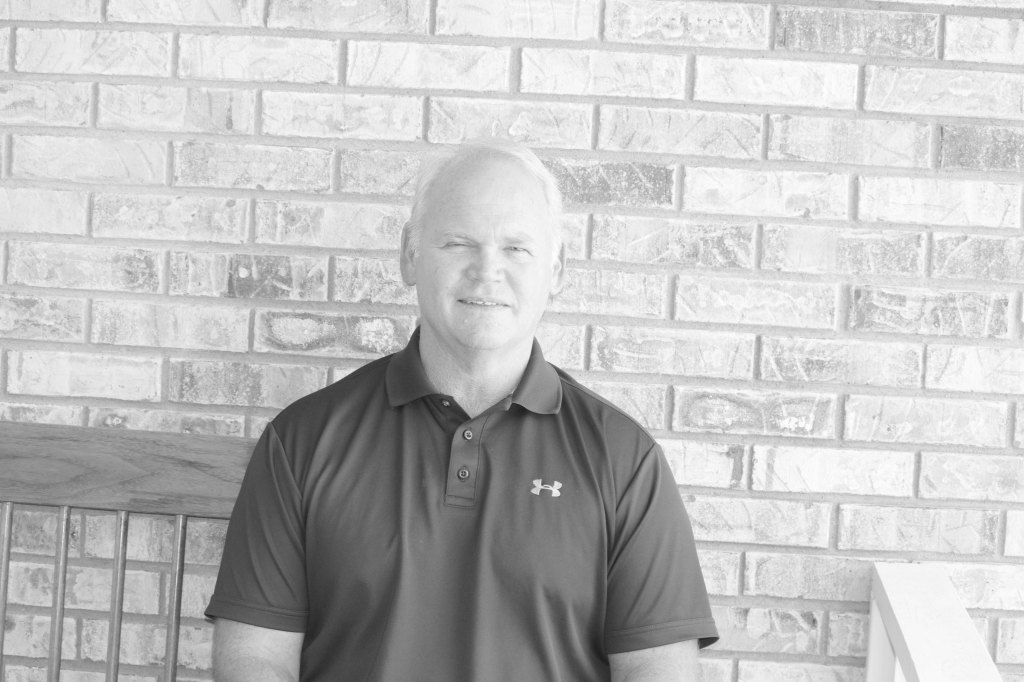 W.S. Neal Elementary School lost a longtime teacher with the retirement of Randy Denton. He announced that he would be leaving at the end of the 2017-2018 school year.

“I knew it was time to go when I realized I was teaching the grandchildren of my first students,” Denton said. “Neal is the first, and only, school that I taught in my 36 years of teaching.”

Denton was born in Montgomery, the son of a Baptist preacher.

Because of his father’s work, they moved around a lot. He graduated from Excel High School in 1977 and attended Patrick Henry Junior College for two years, and transferred to Auburn University in 1979 where he earned his degree in Elementary Physical Education in 1982. His last year, the same as Pat Dye’s first at Auburn, one of his roommates thought it would be fun to try out for the cheerleading team.

“To my surprise, I was picked to be a member of the squad. but my friend wasn’t.” he said.

Denton has the photograph to prove he was indeed on the cheerleading team at Auburn.

He had a friend who told him that there was a job opening in East Brewton to be the physical education teacher for W.S. Neal Elementary School.

“I got the job and here I am 36 years later, so its about time for me to leave,” he said. “I have taught P.E. to every child to come through those 36 years. That means I have had influence over a lot of students. I taught P.E., but the main thing I have tried to teach was character education. I used to tell my students there was a right way, a wrong way and my way, which was the fun way.”

According to Denton, school has changed a lot over the years. Much of that changing has to do with the home life of the students.

“I felt as if it was part of my job to be there to cheer up and encourage them,” he said. “I have been here through five different principals and I started the Field Day that we have every year.”

Not only did Denton coach all the kids that went through the system, he coached W.S. Neal football and basketball. He also coached the Brewton City League of baseball for 15 years. During this time he received his master’s in physical education (MED).

Denton met his wife, Sally, at Patrick Henry Junior College and they were married in 1984. They have two sons, Becker (29) and Conner (24) and a grandson on the way.

Sally teaches at W.S. Neal and Randy is trying to figure out what to do next. His father-in-law has gotten him interested in woodwork and Sally has a list already made.

“I want to do that and I want to do more ministerial work for First Baptist Church.” Denton said. “I teach Sunday School and sing in the choir, but I want to do more and now I will have time. We still have elderly family members to care for so I will stay busy. We’ll see if I can handle retirement.”

scholarship CATARACT AWARENESS MONTH WHAT YOU NEED TO KNOW ABOUT CATARACTS Radio talk show host, author and former pro baseball player Lou Vick-ery was recently fea-tured on Our American Network’s ongoing series, “Our American Stories.” The stories are broadcasted two hours daily over both radio stations across the coun-try, and via the Internet at www.OurAmericanNet-work.org. The show’s executive producer, Jesse Edwards, interviewed Vickery on a “road trip” that found Edwards visiting Elvis Presley’s hometown of Tupelo, Miss.; Birming-ham for a stop at the Black Radio Museum; a visit to Hank Williams hometown in Georgiana; a sit down with Vickery; and a trek to Destin, Fla. to enjoy white sandy beaches. When asked why Vickery was chosen to be featured, Edwards said, “We selected Lou because of his unusual background. He has been a professional baseball player and an accomplished author. How often do you find that com-bination? Then when you add his radio experience into the mix, you have the make-up of a very interest-ing guy.” Headquartered in Oxford, Miss., OurA-mericanNetwork.org was organized under a grant from several American corporations. The stories on Our American Network touch on some of the most interesting topics of past and present. Those interested in listening can do so at www. OurAmericanNetwork.org. To listen specifically to Jesse’s interview with Vickery, visit http://www. ouramericannetwork.org/ story?title=Time-for-a- Road-Trip. The Atmore Advance | www.atmoreadvance.com PAGE 2A WEDNESDAY Donations are always NEEDED! Call for larger pickups or drop off Monday- Friday 9-5, Saturday 9-1 1606 Douglas Ave. Brewton, AL 36426 Call 251-867-5659 Find us on Facebook THANK YOUBrewton Area for making our Donation Drive a success!