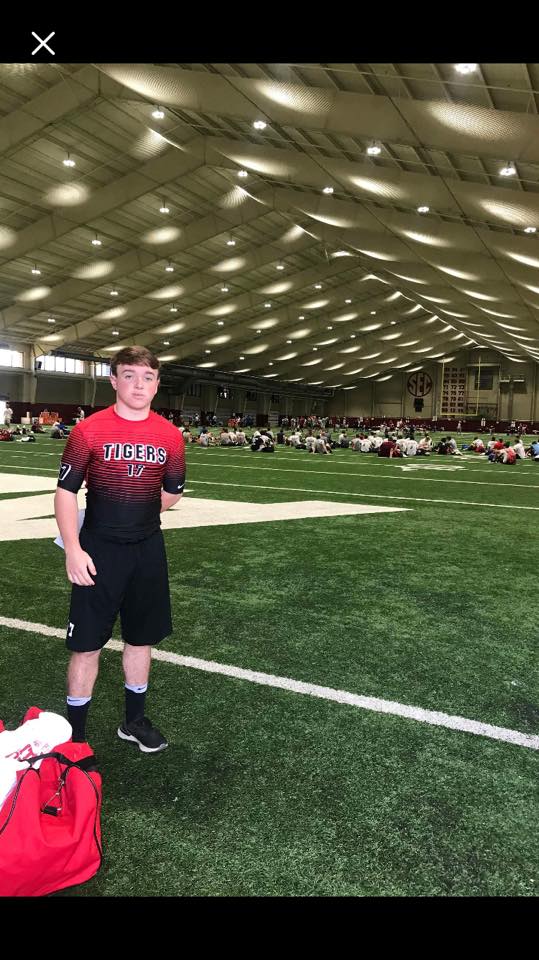 Hard work always pays off and it starts in the summer time with summer training. TRM Matthew Morgan is taking advantage of every opportunity to better himself for the upcoming football season in the fall.

Morgan is attending numerous football kicking camps that is showing and teaching him how to kick the football. His role for the team is being the kicker so attending these camps can help with his game comes the fall.

“I’m going to go to as many camps as possible, workout to get stronger, and work hard to better myself,” Morgan said. He is a junior this year.

Morgan has received an enclosed invite to a national scholarship camp in Wisconsin, where he will get ranked nationally.

He said, “Representing TRM is a chance that a lot of people don’t get to take a part of, its about tradition, hard work and playing for TRM. It’s not about yourself and representing Miller is one of the best things that has happened to me.”

On his spare time he likes to workout, run, swim and play video games.

“My goal is to play at the best of my ability and play football at the next level,” he said.