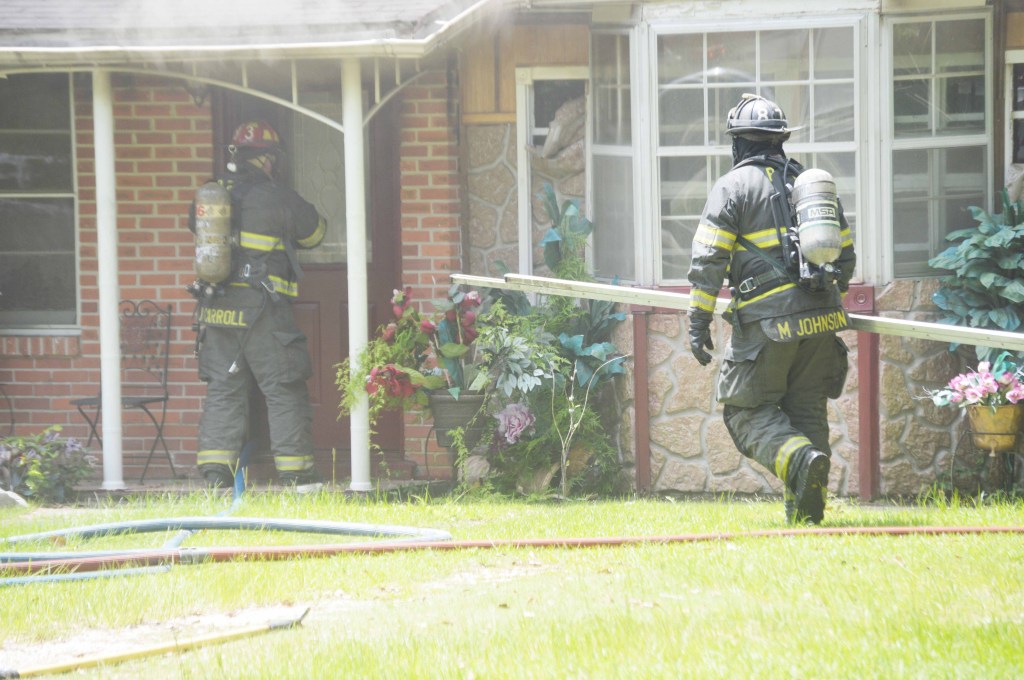 The Alabama Fire Marshal’s office is expected to be in Brewton today investigating the causes of two fires in Brewton.

The first fire occurred Sunday afternoon at the law offices of Billy Earl Cook and threatened adjacent buildings on the downtown boardwalk.

“Thankful for whoever seen and called this fire in,” said Brewton Fire Chief Jeff Salter. “Second, I’m very proud of my guys for the job they did and their quick response. Third, thank you East Brewton, McCall and Appleton for the help. If this fire would have happened at 2 a.m. there’s no doubt downtown would look much different.”

As firefighters from Brewton, East Brewton, Appleton and McCall worked to contain the blaze, Belleville Avenue was blocked from the courthouse to the Bank of Brewton, as well as a portion of Saint Joseph Avenue for several hours.

Firefighters checked adjacent buildings and pulled a portion of the roof from Cook’s law office.

Cook was able to enter his building and with the help of firefighters, save some file cabinets and documents.

Connie Baggett confirmed that the City of Brewton just leased the building adjacent to Cook’s office, which was full of smoke Sunday afternoon. The building was leased for the city’s maker’s market.

On Tuesday firefighters were called to a residential fire at 112 Liles Boulevard around 11:14.

Salter said the fire marshal’s office would come investigate the actual cause. The home sustained damage.

“No one was home,” he said. “It took us 20 minutes to get it under control. We are unsure of whose home it is at the moment.”

The Brewton Standard will update this story when more information becomes available.

Brewton 12U All-Stars will play in state tournament